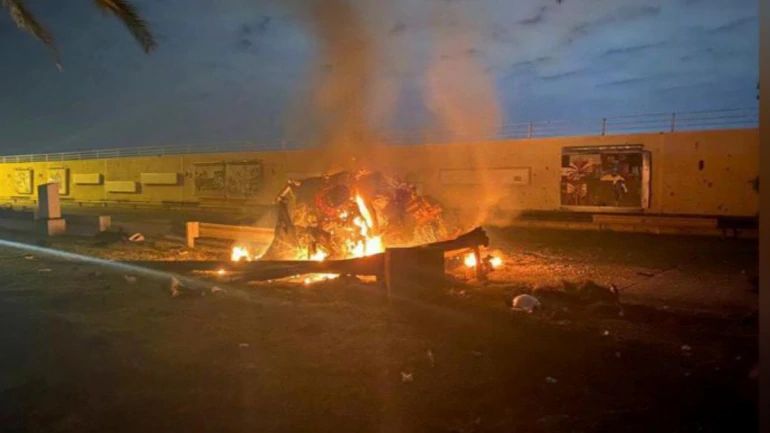 The United States is calling on its citizens to leave Iraq immediately. The call from the American embassy in Baghdad follows after the US air raid in the Iraqi capital, where the Iranian general Qassem Soleimani was killed.

The embassy is calling on Americans in Iraq to leave the country by plane, if possible, or else to leave Iraq by land. The main border posts from Iraq lead to Iran and Syria. There are also border crossings to Saudi Arabia and Turkey.

The Pentagon has confirmed that US President Donald Trump has ordered the killing of Iranian General Qassem Soleiman. He died Friday in a rocket attack at Baghdad airport. In total, at least eight people died, including the number two of the pro-Iranian al-Hashd al-Shaabi militia, Abu Mahdi al-Muhandis

Three rockets were fired at an al-Hashd al-Shaabi convoy near the air cargo area of Baghdad International Airport.

Soleimani is one of the fatalities. But also the number two of al-Hashd al-Shaabi, Abu Mahdi al-Muhandis, died in the rocket attack, just like four other members of the militia. In total, at least eight people died.

The Iranian Revolutionary Guard has confirmed the death of Soleiman. He was one of the most important generals of the Iranian army and was responsible for the elite forces.

The American president Trump did not respond to the action of the American troops, but shortly before the Pentagon came out with the statement, he did tweet a message with only the American flag. The rocket attack took place three days after the storming of the American embassy in Baghdad, behind which, according to Trump, Iran was behind.