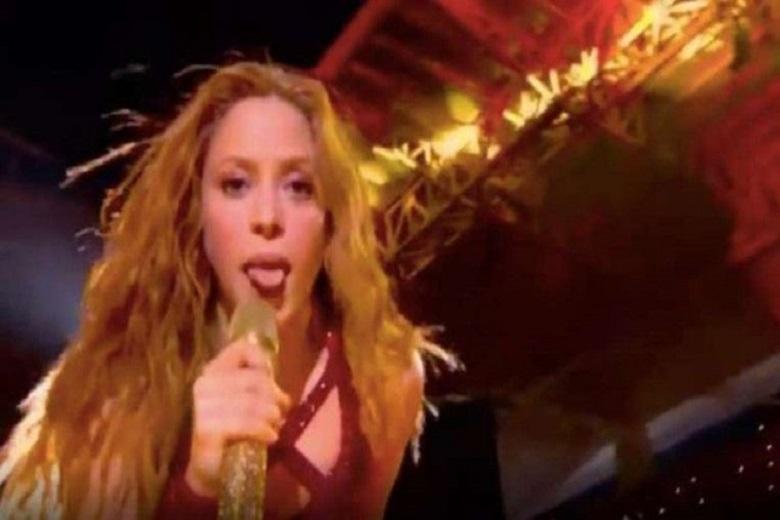 Not the pole dance act of Jennifer Lopez (50) or the guest appearance of her 11-year-old daughter Emme, but the tongue of Shakira (43) was the main topic of conversation after the Super Bowl performance of the two pop divas on Sunday evening. The internet was flooded with funny memes from the “Whenever Wherever” singer. However, Shakira did not just stick her tongue out.

Jennifer Lopez and Shakira put on a spectacular ‘halftime show’ during the Super Bowl Sunday evening. The two released all their biggest hits and are clearly still in top condition. While we enjoyed the best songs from Shakira, the singer suddenly came out with a strange move after 5.5 minutes.

The Colombian had just dived into the audience and then stuck out her tongue for a few seconds as she shouted. A funny sight that went en masse over the tongues and resulted in countless memes that immediately went viral.

According to The Washington Post, Shakira did not stick her tongue out for the show. The singer would refer to her roots that way. Her mother is Colombian, and her paternal grandparents are originally from Lebanon.

The sound the pop star made resembles a traditional Arabic expression of happiness, a “zaghrouta” (a.k.a. Ululation in English. The American newspaper also sees it as a reference to the carnival of Barranquilla, the Colombian city where Shakira was born.

Also, on Twitter, some fans knew what the problem was. “Stop those ridiculous memes and jokes. This is typical of the culture of Lebanon and Colombia. Don’t make that ridiculous,” it sounded.