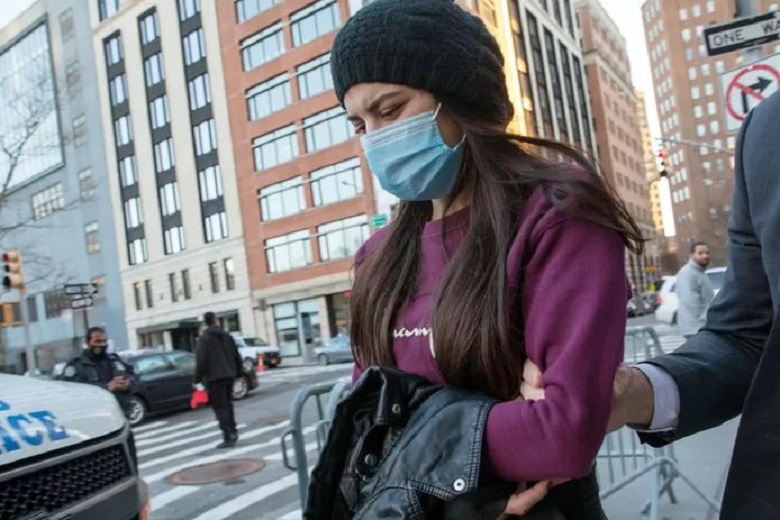 Miya Ponsetto, a 22-year-old Puerto Rican from California, has been charged with discrimination for falsely accusing a black teen of stealing her iPhone at a New York hotel late last year. Ponsetto even tackled the fourteen-year-old boy in the presence of his father, jazz musician Keyon Harrold.

The victim’s family filed a complaint against Miya Ponsetto after the fact. On Wednesday, she had to appear again in Manhattan court. This happened via a video call. Ponsetto has now been charged with discrimination, aggravated harassment, and endangering the welfare of a child. She pleaded innocent.

Ponsetto pointed to 14-year-old Keyon Harrold Jr. as the thief of her smartphone at the Arlo Hotel last December. The boy’s father, a well-known trumpet player, came out to that confrontation himself and posted the footage of it online. They immediately went viral.

It shows Ponsetto grabbing the boy as he tries to getaway. Her cell phone was soon recovered: it was still in an Uber cab. The musician expressed his anger about the incident, which he said was clearly racist.

Initially, Ponsetto had apologized. “I don’t feel like I’m like that as a person. I don’t think this one mistake defines me,” she said. “But I sincerely apologize from the bottom of my heart if I made the son feel like I was attacking him or that I hurt his feelings or the father’s.”

Ponsetto then told CBS that her accusation against the boy was “not a crime” and that there was no question of racism or ethnic profiling. “I’m Puerto Rican and have a tan myself,” she said.

Her lawyer, Paul D’Emilia, calls the new charges “absurd and a perversion of our legal system”. The Harrold family, in turn, is very pleased with the court’s qualification. “God knows what would have happened otherwise,” their lawyer said of the father’s presence during the fierce confrontation on December 26.

The next hearing of the trial of Miya Ponsetto will take place on October 20.

Balenciaga under fire for overpriced sweatpants ‘stolen’ from hip-hop culture

The causes of the Sharpeville massacre, March 21, 1960