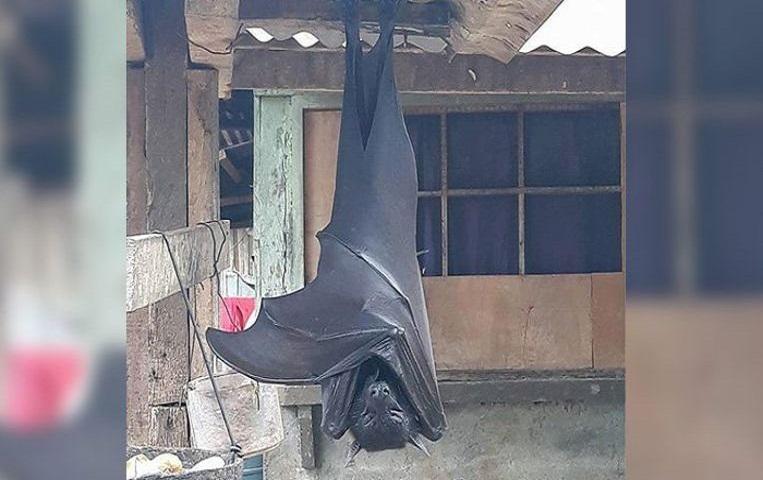 “Remember when I told you the Philippines have bats of human size? Yep, this was what I was talking about,” Twitter user AlexJoestar622 wrote in a photo of what looked like a giant bat at the end of June. The picture went viral, and some people broke out in a sweat. But is this really?

As is often the case with viral images, the photo on Twitter is not new. She previously appeared on Reddit almost two years ago. The Filipino Reddit user sakundes had spotted the animal hanging in his garden, photographed it, and put it on the social network site.

According to Science Alert, the photo is indeed real. It is not a bat as we know it in our parts, but a flying fox or kalong. They come from the family of flying foxes. Take out a large one from this group of the largest bats in the world, and you will get an impressive and for some even terrifying animal.

Moreover, the perspective of the photo makes this flying fox even bigger than it actually is. The animal is certainly not of “human size” in real life, as in the description that went viral. The wingspan of the larger specimens can reach 1.7 meters, but their body is quite small, reaching up to about 30 centimeters. So smaller than a newborn human baby.

It may be a different type of flying fox: a pteropus vampyrus or kalong. That is a large, impressive flying fox with pointed ears. The head and face resemble that of a fox, hence the name. But contrary to what the Latin name suggests, the animal has nothing to do with vampires.

They do not feed on blood, but on fruit, flowers, and nectar. Also, flying foxes do not use, as small bats do, the technique of echolocation, locating objects by emitting sound, and listening for its echo to orient themselves. They rely on their eyesight and sense of smell for navigation.

In the Philippines, almost all major bat species are threatened by the human who sees them as food and the loss of their natural habitat. Bats can, unfortunately, cause human diseases – such as the new coronavirus, presumably – but are also very useful for our ecosystems. They control pests and pollinate and disperse seeds. And… many think they are cute too.