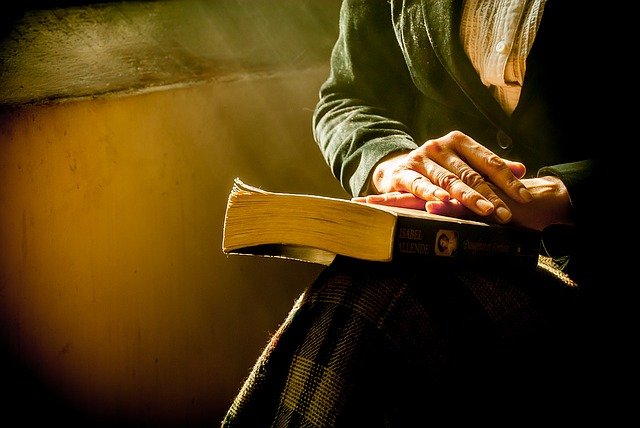 There is perhaps no other book in the world in which so many contradictions are found as in the Bible. There is an ongoing and heated debate among atheists, archaeologists, and religious scholars, the most important of which is whether or not the Book of Books can be regarded as a reliable historical source.

10. Gospel in the mask of mummies

A unique discovery has been made in an ancient Egyptian grave: a fragment of the oldest known Gospel was found in a pharaoh’s burial mask. Scientists believe that this text dates back to the I century AD. Archaeologists have not disclosed the content of the text. It is known only that the funerary mask was made of linen with the addition of glue and paint. Inside the mask was found other documents – personal and business letters of the deceased. They (and the hydrocarbon analysis) made it possible to determine the exact age of the burial and the papyrus.

It is believed that all the books written under the title “The Gospel” were written several decades after Jesus’ earthly life. As of today, the oldest copy of the Gospel texts dates back to the 2nd or 3rd centuries.

In 2007, a group of archaeologists claimed that a grave had been found in present-day Israel containing the remains of Jesus and his family, including possibly a son named Judas. The claim sparked a furious religious debate, with archaeologists accused of falsification. Believers were outraged because they believed he had risen from the dead, which made the discovery of his remains impossible. According to biblical texts, he had never married or had children. Everything ended with lawsuits and fines. Scientists were not allowed to continue excavations.

For centuries there has been a continuing debate among Bible scholars as to whether the Old Testament was written in real-time or whether it was done in the centuries after the events described in it. Until 2008, it was generally believed that the Hebrew Bible was written in the sixth century B.C. because there was no evidence of Hebrew before that time. Then a clay shard dating to the 10th century B.C. with a Hebrew inscription was discovered at Khirbet Qeyafa in Israel.

“This indicates that the Kingdom of Israel already existed in the 10th century B.C., and that at least some of the biblical texts were written hundreds of years before the dates presented in the current research,” said Professor Gershon Galil, who deciphered the ancient text.

Typically, the two main camps in biblical archaeology argue over whether or not each new find proves that the Bible is a historical document. Nevertheless, this clay shard was not enough to confirm that the Old Testament was written in real-time.

Then in 2013, the inscription “Ophel” was found on a fragment of a clay jug near the Temple Mount (in the Ophel area) in Jerusalem. In this case, scholars could not even agree on the language in which the inscription was made (some say it is a Middle Eastern language, others say it is an ancient form of Hebrew), not to mention its content. But this fragment does seem to date from the 10th century B.C..

If the theory is confirmed, the inscription from Ophel suggests that Jerusalem was a significant city as early as the tenth century BCE. It also suggests that writing was widespread at that time. Although contradictory, some scholars believe that if Jerusalem at that time was inhabited by people speaking and writing in Hebrew, the scribes probably recorded the events of the Old Testament in real-time, making the Bible a more historically accurate book. Since then, several more inscriptions dating back 3,000 years have been found

Based on some archaeological findings and references in the Hebrew Bible, archaeologists and religious scholars believe that God had a wife, Asherah, and the ancient Israelites worshipped them both. Historian Raphael Patai first proposed this theory in 1967. Then in 2012, researcher Francesca Stavrakopoulou reintroduced the idea, citing evidence in the form of ancient artifacts and texts. She claims that the statue of Asherah was worshipped in Jerusalem in the Temple of Yahweh.

The Book of Kings speaks of women in the temples performing rituals for Asherah. “Asherah was not completely cut out of the Bible by its male editors,” said Edward Wright, president of the Center for Jewish Studies in Arizona. “Mentions of her remain, and based on these traces, archaeological evidence, and references to her in texts from countries bordering Israel and Judea, we can reconstruct her role in the religions of the Southern Levant.”

Wright adds that Asherah’s name has often been translated “Holy Tree” in English-language Bibles. This was done to focus worship only on Yahweh. However, biblical references were not enough to establish that Asherah was Yahweh’s wife. Figures, amulets, and other ancient texts helped. For example, in the Sinai desert, archaeologists found pottery with an eighth-century inscription asking for a blessing from “Yahweh and his Asherah.” Most biblical scholars acknowledge that the ancient Israelites of the Old Testament worshipped many gods, but they still insist that it is too much to consider Asherah, the wife of God.

6. Where did the trial of Jesus take place?

Although this is one of the most important scenes in the Bible, archaeologists cannot agree on exactly where Jesus’ trial took place. During the expansion of the Tower of David Museum in Jerusalem in the early 21st century, archaeologists said they discovered the sewage system and foundation walls of Herod the Great’s ancient palace. Many believe that Jesus’ trial was held there before his crucifixion.

At the time, Herod was king of Judea, appointed by Rome. The supposed remains of his palace were found in an abandoned prison near the modern museum. Interestingly, the New Testament Gospels give conflicting accounts of the location of Jesus’ trial.

In John’s Gospel, the trial is said to have taken place on the stone sidewalk next to the gate. This corresponds to Herod’s palace. But the Gospels also use the Latin word “praetorium” to describe where Pontius Pilate gave his verdict on Jesus. While some scholars believe that Pilate stayed in Herod’s palace, others say that the “praetorium” was the general’s tent in a Roman military camp.

In 2013, Israeli guide Benjamin Tropper announced the discovery of an important historical artifact – a rare stone with carvings on it, known as a “proto-capital”. This pillar was assumed to be a monument at the entrance to an important archaeological site of the 8th – 9th centuries BC in Ein Hoveitsekh, located near Jerusalem. This passage may be related to the biblical king of the Jews of that era and may provide evidence that some of the stories in the Old Testament are true.

Upon inquiry to investigate the excavated site, it emerged that the Israel Antiquities Authority (IAA) knew about the column. Moreover, the guide was hinted in the direct text (according to The Jewish Press) that he should forget what he saw and keep quiet.

The pillar marks the entrance to a 160-meter drainage tunnel system that may have been used to provide water to a palace or large farm from biblical times. But the incomprehensible situation complicates the excavation. Jews see their significant archaeological discoveries as a way to prove their historical connection to the land. But Palestinians choose to deny ancient Jewish history in order to weaken modern Jewish control over the area. Thus, the Palestinians (a Palestinian privately owns the site) are likely to be reluctant to excavate further.

4. Truths and lies of the New Testament

In 2011, an extremely controversial book by the biblical scholar Bart Erman was published. Ehrman argued that about half of the New Testament was forged by people who spread their religion in the ancient world but could not do it under their names. “There was competition among different groups of Christians about what to believe, and each of these groups wanted to have a rationale for their views,” Erman explains. “If the author was not known to anyone at all, would he have signed the treatise with his own name? No, he would have signed it as Peter or John.”

It was also a way for the ancient Christian leaders to win religious enmity with each other. In his book, Ehrman cites examples from the Gospel of Paul in the New Testament that vary in style: short sentences in some parts, and longer, florid sentences in others. Some of the passages even contradict each other. Finally, Erman argues that the apostles Peter and John were illiterate fishermen, so they could not write anything from the New Testament.

3. The Bible’s Attitude to Homosexuality

But some scholars emphasize that LGBT supporters have misinterpreted the Hebrew phrase “ritually unclean” as referring to pagan idolatry, even though it is used to condemn “something morally (ethically) repugnant in the eyes of God.” In any case, opinions differ, and the partially rewritten Bible is considered “too free in interpretation.”

2. The Book of Exodus and Abortion

In the religious debate over abortion, people often argue about the meaning of the Book of Exodus, 21: 22-25. The Douay-Rheims Version of the Bible says: “When men fight, and they strike a pregnant woman, and she miscarries, but no other harm comes, then take from the guilty man the penalty which the husband of that woman shall lay upon him, and he shall pay it in mediation; and if any harm comes, then give soul for soul, eye for an eye, tooth for tooth, hand for hand, foot for foot.”

Opponents of abortion often disagree with the use of the word “miscarriage” in this version of the Bible. Nevertheless, they argue that the death of the child was accidental, as opposed to abortion, which is the intentional taking of life. They also argue that even accidental death, in this case, is evil. Furthermore, the death penalty is not provided for “accidental death” in the Bible, as claimed in Exodus 21: 13-14 and 20-21, Numbers 35: 10-34, and Deuteronomy 19: 1-13. In any case, all agree that the Hebrew interpretation of Exodus is different from the modern

Jericho is considered the earliest city in the world. At different times at least 23 civilizations considered Jericho their home. As the Book of Joshua says in the Bible, Joshua led the Israelites to Jericho, the heart of the Promised Land. But when he arrived, he had to conquer Canaan with the help of his army.

According to the Bible, on the seventh day, Joshua went around the outer walls with the Ark of the Covenant, a chest containing the stone tablets with the Ten Commandments. Then God tore down the walls of the city, and Joshua and his men stormed in, killing everyone but Raav and her family. Rahab was a harlot who aided Joshua’s spies.

So far, archaeological excavations have not supported the biblical story of the attack on Jericho. No one seems to have lived in Jericho at the time of Joshua, and no walls existed (some researchers believe there is evidence of conquest, only at another time in history).

It seems more likely that the Israelites gradually advanced into the sparsely populated mountains, as described in the Book of Judges. This is very good news to some believers, for they could not understand how their loving, merciful God allowed such horrible slaughter. However, there is another interesting question. What if the ancient Israelites and the Canaanites in the Bible were once part of the same tribe, for this is confirmed by DNA analysis.

According to Biblical archaeologist Eric Klein, modern DNA testing can show that today’s Jews and Palestinians, who never tire of feuding with each other, are distant “brothers” of that tribe. Failure to corroborate the biblical story of Joshua’s conquest of Jericho may matter far more than whether the Bible is an accurate historical document.