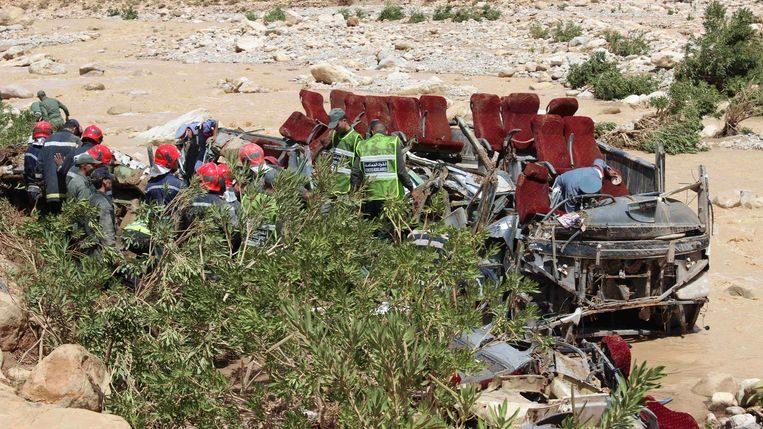 In Morocco yesterday, 17 people were killed and 30 injured in a severe accident involving a bus. That is apparent from a balance sheet by the authorities today.

The accident took place near the city of Errachidia, in the east of Morocco. The bus drove over a bridge and was swept away by a flood. Morocco has been hit by heavy rainfall and heavy storms for several weeks now.

A total of seventeen people were killed. The authorities were able to rescue thirty passengers. They were taken to the hospital, no one is in any severe condition.

The bus driver was left without a trace. He apparently fled after the accident and reported to the police today. He examines the circumstances of the accident.