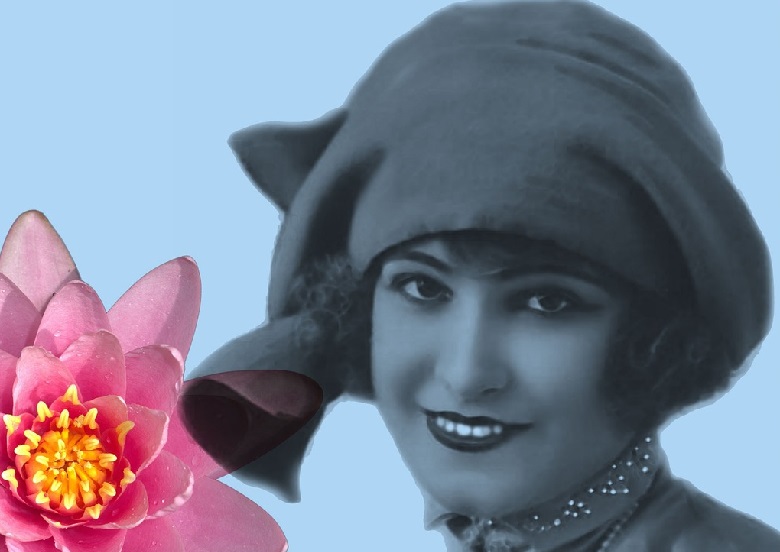 At the beginning of the 20th century, only actresses and women of easy virtue could paint without condemnation. For most girls, lipstick not brighter than a natural shade and powder was acceptable, which was used for practical purposes: to hide scars from smallpox or emphasize the aristocratic pallor of the skin (only the lower class was forced to work under the scorching sun).

There were ways to buy cosmetics, but because of “immorality”, they were secret. Despite the limitations, the production of cosmetics developed. Some of the products were harmful to health: radioactive powder, blush, and night cream for skin glow effect was sold.

The First World War provided many women with work in the rear and, as a result, their own money, the suffragette movement – suffrage, a sense of freedom, and red lipstick (it was with her on their lips that they went to the demonstrations).

In the Roaring Twenties, a new type of emancipated girl appeared – the flapper. She rejected the Victorian ideals of the generation of mothers, began to smoke, listen to jazz, dress provocatively (for those times), and brightly painted. She had thin eyebrows (often shaved and drawn), black smokey, dark lips with a pronounced “Cupid’s bow” or painted with a “heart”.

The development of the beauty industry contributed to the popularization of makeup. In 1917, George Westmore set up the first makeup department in a film studio; in 1920, Max Factor released the first collection of decorative cosmetics; simultaneously, he launched the concept of makeup into the general public. Makeup became a mass phenomenon by the end of the 1920s.

In the 1930s, the first eyelash curler and the first inexpensive mascara appeared, and Helena Rubinstein introduced the concept of skin types – oily, dry, and combination. At the same time, the image of the flapper was transformed into a strong and gloomy woman in a man’s suit, with high dramatic cheekbones, long curled eyelashes, and lips clearly outlined beyond the boundaries of the natural line. The transformation, as before, was facilitated by Hollywood, releasing a new breed of stars – self-confident adult women.

From the rear to the kitchen

With the outbreak of World War II, the rate of production of cosmetics decreased, but the demand for them remained the same. New “industries” appeared: because nylon was now mainly used for military purposes and stockings disappeared from the windows, women began to paint them. Makeup specialists removed the stitches on the clients’ legs using spice paint, water, caramel, and smoked salt.

The state realized that cosmetics were “necessary and vital” even during the war. The US government has partnered with Elizabeth Arden to release cosmetics for women serving in the Navy in victory red lipstick. And “Rosie the Riveter” with painted lips and nails began to be replicated as a wartime icon.

According to the idea, the image of an attractive woman was supposed to raise the spirit of the soldiers and inspire them to feats. A pin-up girl, a semi-nude model with bright red full lips, grew out of this performance.

In the rear, among real women, there was propaganda of strength and hard work. They were also expected to be attractive but natural: a healthy blush, natural eye, and eyebrow makeup instead of strings. An exception was the emphasis on bright glossy lips (the effect was achieved by applying Vaseline to matte lipstick).

With the end of the war, the popular image of a home front worker was transformed into a housewife – an attractive woman with red lips, straight wide eyebrows, emphasized cheekbones, and styled hair.

The 1960s saw the invasion of the counterculture, birth control, and the sexual revolution. It was a decade of changes: under the influence of pop and op art, a free woman with bright eyes came to the fore (although even according to polls in 1957, most did not use shadows).

The girls, following the fashion, drew arrows, used bright shadows and false long eyelashes to create a “doll” wide-open look; lipstick is a thing of the past. At the same time, mascara appeared with a new composition and applicators; it was applied as thickly as possible in several layers.

The image of Twiggy, a British supermodel and actress, has become iconic. She went further: she pasted several sets of false eyelashes and painted them directly on the lower eyelids. The influence of the girl on fashion was enormous: she advertised Yardley false eyelashes, one of the collections of which came out under the advertising slogan: “What do you think made Twiggy who she is today? Her eyes, right? “

London-based Biba has significantly expanded its color palette, introduced monochrome packaging and ambiguous product names to maintain an overall playful style. For example, Bring Back the Lash mascara. In 1972, the brand launched the first-ever makeup collection for women with dark skin and was also the first to offer customers the opportunity to test cosmetics before purchasing.

In the 1970s, it was no longer possible to talk about a single trend. This was also facilitated by the formation of polar subcultures: hippies and punks. “Children of flowers” preferred naturalness, natural tones, on the one hand, bright shadows, psychedelic, and ethnic motives on the other. Punks drew black arrows, painted their lips black or green, and popularised men’s makeup.

From disco to minimalism

The 1980s proclaimed the slogan “Everything is possible!” On the screens appeared MTV programs, blockbusters, and teenage series. The disco era has come, which has brought shimmer, glitter, rhinestones, sparkles of all possible colors to makeup. The most popular shade was fuchsia.

By the end of the century, the brightness in makeup had diminished. Minimalism has become mainstream: matte skin, natural eyebrows, and general makeup are in brown and beige shades. But in general, the industry was stratified into more diverse trends: aggressive grunge, underground rave aesthetics, Kate Moss’ heroin chic’ or supermodel gloss.

Four tips for soft and hydrated lips all summer long