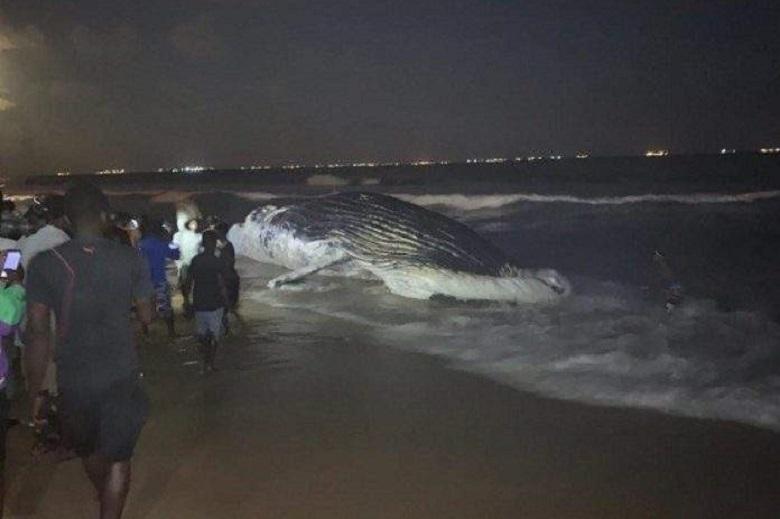 Twice, in a week, Lome beach has been the scene of a rather unusual spectacle. Indeed, two whales were found dead there, including one this Wednesday.

On the beach in front of the German Embassy, the whale’s carcass was found on Wednesday morning. According to the statement made by Nayo Takougnadi, Lieutenant Commander, and Maritime Commissioner, the whale, was already decomposing because it had probably died many days before.

Onlookers attracted by the phenomenon have not failed to wonder why whales have been stranded on Togolese beaches for some time. Indeed, this is the second time in a week that this has happened.

According to statements made by Stanislas Baba, Senior Adviser for the Sea, the fact is far from being isolated in the West African sub-region. Indeed, the same incident occurred in Ghana. It is difficult not to draw a striking parallel with the hundreds of elephants found dead in July in Botswana without being able to determine the cause.

Returning to the whales stranded in Togo, samples are being taken to understand why they come to die on the coasts of the Gulf of Guinea. At the same time, the police forces are doing everything necessary to avoid a crowd around the carcasses.

According to Kokou Tengué, the current Togolese Minister of Maritime Economy, Fisheries and Coastal Protection, this measure aims to prevent local populations from eating the flesh of these dead cetaceans.