Imagine tourism without pictures! Some people will find it boring not to capture that beautiful moment; taking photographs is not allowed in these places.

Now, in our digital age, we can capture seemingly anything with our phone camera. Sometimes we feel as if the whole world is open for photoshoots and selfies. Social media gives the impression that no matter where we are, we can document absolutely anything. It seems, but still, there are places in the world where taking pictures is strictly forbidden.

Five world landmarks where photography is a dangerous adventure.

In early September 1869, construction began on King Ludwig II of Bavaria (Ludwig II), which lasted three years. It is best known as the “castle of the fairy tale king” or “castle paradox.” To build it, a part of the rock on which it was later erected was blown up, the area for the foundations was leveled, and a road was paved. This fabulous castle is now one of Germany’s most important historical landmarks.

Ludwig II was an avid fan of the composer Richard Wagner. Neuschwanstein Castle is the ultimate tribute to his talent and beautiful music.

It was built in honor of the great maestro. All of Wagner’s operatic works come to life in this fantastic structure made of brick and mortar. The third floor, in particular, reflects Ludwig II’s admiration for his operas. The Singers’ Hall, which occupies the entire fourth floor of Neuschwanstein, also contains characters from the great German composer’s operas. Sadly, Ludwig II himself did not live to see the construction finished, and the king’s strict standards were not fully met. The castle itself is immortalized in the Disney Studios logo.

Of course, tourists want very much to capture themselves against the backdrop of this fabulous castle, take with them as a souvenir at least a small piece of its magical atmosphere. Unfortunately, it is impossible because there is categorically forbidden to take pictures. All the beauty and magic of Neuschwanstein you can take away with you only in your memory.

It took the great Michelangelo several years to paint the ceiling of this world-famous part of the Vatican in the early 16th century. So many photography enthusiasts want to capture unique frescoes. They are all in for an incredible disappointment – the rules established in the Sistine Chapel forbid taking pictures.

In the vaults of the chapel, there are often brief shouts from the guards, “No photos! No video!”. Visual materials depicting the Sistine Chapel frescoes are limited to official merchandise. So who made the Vatican authorities the god of the ceiling and other local wonders?

It’s all about the fact that in 1980, the Nippon Television Network Corporation of Japan financed the much-needed restoration. The work has been underway for more than fourteen years. The only photographer of the chapel was Takashi Okamura. The corporation said that their ban on filming ordinary tourists did not apply. However, the prospect of countless camera flashes affecting the delicate manner of the writing worried the papal authorities, who decided to ban any unauthorized filming.

As it turns out, it’s not just ancient landmarks that prohibit photography. The ultra-modern neon towers of Vegas also don’t like amateur photography.

Photography isn’t completely forbidden, but strict rules very strictly limit it. Inside the casino is strictly prohibited, and walking down the street with a tripod and zoom lens, you will attract much-unwanted attention from law enforcement.

In general, casinos want to create a friendly, relaxed atmosphere. Banning photography, they say, should provide casino customers with peace and safety. After all, visitors to such institutions very much value privacy. They want to relax in peace.

Ignore the protocol for using photo and video equipment can make your stay in Las Vegas very uncomfortable.

The Taj Mahal, which took a full twenty years to build and was completed in 1648, is one of the most recognizable landmarks on the planet. Visitors should realize that this iconic white marble structure is beautiful, but it also serves a sacred purpose.

This majestic monument of Indian architecture with its incredibly luxurious interior and stunningly beautiful park is the most popular attraction in the country. The Taj Mahal is a tribute by the Mughal emperor Shah Jahan to his beloved late wife, Mumtaz Mahal. The emperor engaged the best architects and artisans of his time to work on the construction. Their magnificent creation still fascinates everyone who sees it.

The Taj Mahal is a UNESCO World Heritage Site. It is a superb architectural and artistic achievement of Indo-Islamic architecture, a masterpiece with unique aesthetic qualities.

It is under the protection of the state. Even the air quality is controlled there. Not surprisingly, the building is strictly guarded against careless lovers of selfies.

The friendly neighborhood mailman wouldn’t seem so lovely if you didn’t consider the rules for taking pictures in the post office. The U.S. Postal Service always pays excellent attention to detail and all delivery options. The strictness of their rules extends to something seemingly innocuous: taking pictures.

You can only take pictures for personal use, at the postmaster’s discretion, and as long as they don’t interfere with the employees. In addition, the images must be taken only in places accessible to the public.

This step makes sense in protecting information such as names and addresses that may be discernible on envelopes. In addition, employees or customers may be opposed to getting into the frame; it violates their rights. The humble post office ended up being one of the most inaccessible places in the world to photograph.

These phrases betray a weak and insecure person

Very soon, we will be wearing chips to detect medical problems 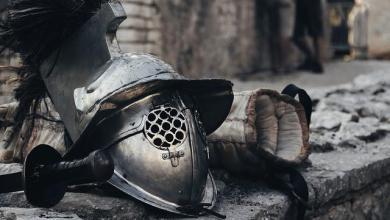