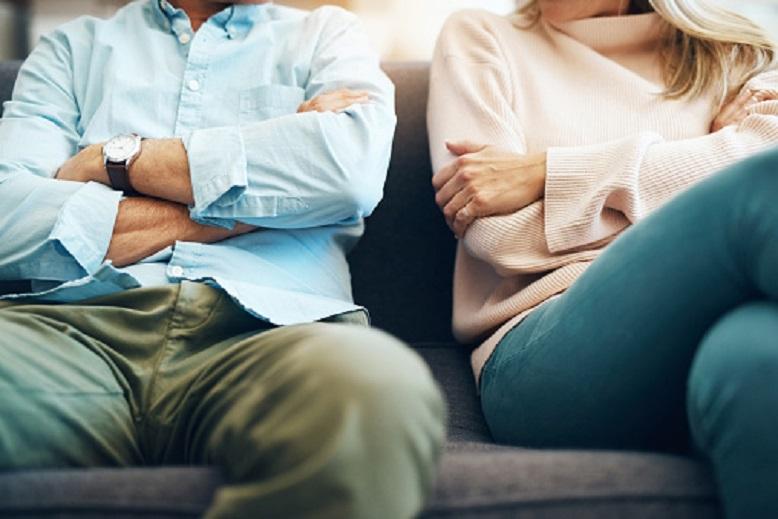 Relationships are fun. In the red love, passion, s*x, jealousy – and the routine becomes sweet as you like it, shots and dreams with plus one automatic. However, it is not uncommon for this cyclone that you call “love” to take you with it, and you do not even have time to look out the window to see where you are.

You enter the mould whether you like it or not, but you enter consciously, with the right hand and the inside. My theory is that in relationships, one of the two, at regular intervals, acquires the upper hand. When this exchange of the baton of “influence” occurs with a synchronized – and fair – pattern, things are more than okay.

Sometimes, however, the mechanism falters, and one stays with the baton in hand for a long time. Maybe until the end of the relationship. So what does the other do? It is compatible.

The problem becomes a problem when you compromise much more than you should. If you find yourself in the following five realities, get rid of it, get out of the mould, set it on fire, and burn it.

You are no longer reminded of yourself

If you leave the subjective factor out for two minutes and look at your relationship as a third party, what do you see? Are you a girl in a relationship with his cell phone waiting for a message from his partner?

Do you have to see your friends for so long that one would think that you have moved to another city? Going on vacation alone seems inconceivable, and you have to “debate” about what music you will listen to in the car or whether you will have a coffee with your boyfriend?

Every relationship has its disputes and disagreements that remain unresolved somewhere in the middle and come to the fore when circumstances allow.

The point is that anything that oppresses your personality and what you have built for yourself is the cause of an earnest discussion. And if you are responsible for this and have started to cut your pieces and create great gaps to be matched with the other’s puzzle (which you seem to consider more important), you must first look inside yourself.

You have stopped doing things you love

The first “incompatibilities” appear from the dates, and then they are pretty sexy. He did not like the fact that you do kickboxing; he does not find it pleasant for his girlfriend to go out or drink more than him. He finds it dangerous to go out at 6 in the morning alone for a run.

If you have stopped your favourite habits and hobbies because they bother or stress him, what else are you willing to stop? And what is the limit of “I compromise on my relationship” and “I have lost myself?”. The first leads ideally to a considerable and constructive discussion, something like a map. The second leads to misery.

You challenge your decisions

You have made a decision, but you are still thinking of alternatives and second plans. At first reading, you are not sure. In the second, who forced you? In relationships, we are influenced, we get hired, and we try. That is why they are concluded.

The point is that it consists of two units with different wants, goals, and characteristics. The “wants” of both weigh the same, and neither is superior.

If you somehow feel yours have gotten under the rug, behind the “together,” and with you in the mould, I think you have exceeded your limit, and the volume under the rug will make you lose your balance.

You do not get what you want

Find yourself someone who always gets what he wants. I do not find anyone either. In love, things are a bit measured but also quite “ethereal.” They play demands, instincts, needs, insecurities, and a mental “naked” waiting to be met.

Running to clothe all the weaknesses and demands of the other, enduring the lack of reciprocity in this chase, makes it evident that you are compromising more than it is worth. In other news, if you do not feel satisfied emotionally, sexually, or in terms of security, you should probably put this information on the table as well.

In the end, you will hate your partner

The longer you let this “machine” squeeze you, the more it becomes a given that you will hate your partner and that you will end up in a wrong way. The hard truth is that as long as you leave room for others to create you, they will do it. It is instinct.

At some point, you will wake up not seeing yourself anywhere. And the worst part is that the other person will have loved his creation, a “sliced” creature and not what you are. Do not blame him, just set your limits. And if it does not happen this time, take care of it the next time.

It does not make sense to endure a bad relationship for fear of breaking up something good. In the end, good for whom?