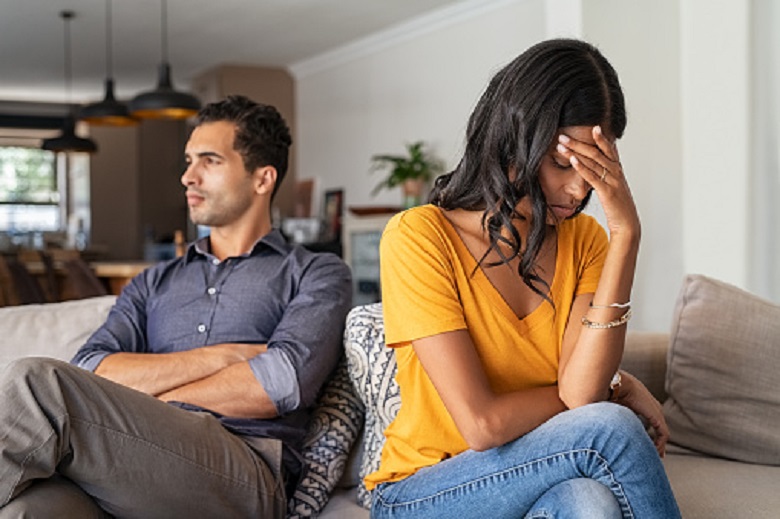 Unacceptable boyfriend behavior or No expression that she loves you! Some habits can immediately ruin the spice of your relationship.

Sometimes an awkward word is enough to embroil lovers – and what can we say about bad habits that poison life day after day! Some of them work flawlessly and will bring the relationship to a break – if you do not take action in time.

A psychologist with almost 100% probability undertakes to predict that a couple will divorce if at least one of the partners:

The study results were compelling: all couples in whose relationship this set of symptoms was found, after four years, have already separated or, if they were married, divorced.

If this prediction doesn’t suit you at all, start by looking at some of the daily habits that can undermine relationships day after day and eventually lead to a breakup.

And that’s all about him

A friend complains about trouble with her boyfriend, and are you willing to go to great lengths to comfort her? A big mistake would be to answer, as trivial as it is destructive to your relationship: “Well, what’s it! But my … “. This is usually followed by a list of egregious facts, complaints, and blames that your man still will not hear and will not be able to take into account, but which should convince the offended friend that her affairs are not so bad. What is the result? You still won’t solve the problems of someone else’s couple, but you will involuntarily tune in to perceive your own negatively.

The opposite option is no better – to carefully note all the mistakes and mistakes of your partner and openly point them out to him. Firstly, he will constantly feel accused, and secondly, if you get used to fixating on the negative, be sure that nothing but this will remain after a short time in your relationship.

What are the problems?

The ostrich position also brings a lot of harm – when partners consciously “do not notice” that something is going wrong in the relationship, turn a blind eye to apparent contradictions, do not talk about their needs, do not discuss joint plans for the future.

An ideal couple is not one in which there are no discrepancies and conflicts (this does not happen), but one where the partners want and know how to resolve them.

You call each other exclusively “my half,” are you convinced that you see right through your man, and he guesses all your dreams and desires in the same way, “just because he loves”? Then get ready for surprises: two even very loving people remain different – this, by and large, is the most interesting and exciting in their life together. Conversely, “merging into one person” will eventually lead to fatigue of each other and inevitable disappointment.

When a conflict arises in a relationship, it is not enough to voice all your claims and list the grievances aloud. If the conversation ends not with constructive conclusions (“Let’s try to do this …”), but with proud offended silence, the situation will simply come to a standstill in the future.

Thus, you will be able to “punish” only yourself: you will live under the same roof, sleep in the same bed – and every day, you will move further and further from each other.

In a long-term relationship, partners get used to each other – including physically, far from the best way to support their sexual desire. No, you don’t need to remember the enchanting lovemaking of your first dates, but do it! Your enjoyment depends only on the two of you; your intimate life is not a given but an important, exciting, and creative business. Strive for each other, kindle your attraction, do not let everything take its course – this is the only way to treat love-making.

Do not accumulate mutual claims, do not postpone important or not very conversations “for later” – try to discuss everyday problems “as they come.” Even if both of you are “on fire at work,” and when you get home, you only dream of relaxing, never take problems with you to bed.

Over time, their number will reach a critical mass, and everything runs the risk of ending in an explosion. Perhaps this is the main conclusion of psychologists: live, open, positive communication is the only means to maintain normal relations in a couple and protect them from breaking up.