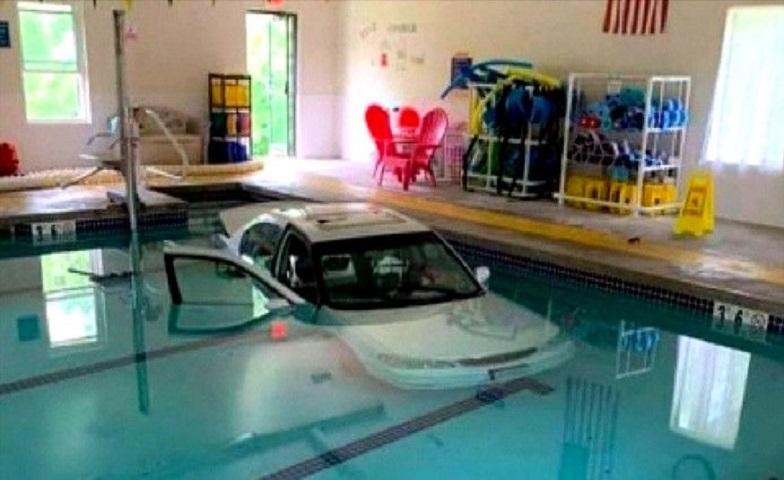 A 93-year-old woman recently ended up in the pool in the U.S. State of Missouri with her car, where she was taught aqua gym. The woman was on her way to class, but she was late. In all her nerves, she lost control of the wheel and drove right through a wall into the pool.

No people were injured and the driver was released with fright. The pool had to be pumped out to get the car out. Also, construction was also built to drive it out.

The incident happened at the Westlake Aquatic Center, where at that time eight people were doing exercises against arthritis. “It is a miracle that no one was injured,” Lucy Silliman, the pool manager, told local media.

The participants in the aqua gym helped the woman out of the water before the rescue services arrived. The woman was finally brought home by her grandson.