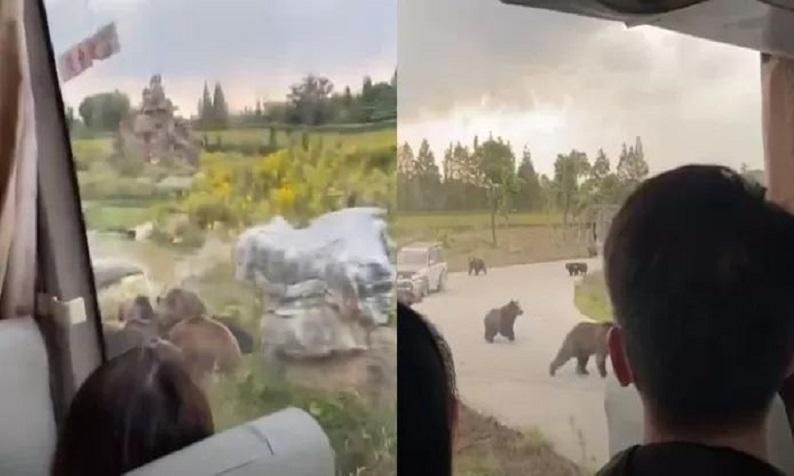 A Chinese zookeeper was killed in front of tourists by a bear in Shanghai Wildlife Park last weekend. “Safety will improve in the future,” the zoo said in a statement.

The attack took place in the zoo area where wild animals – such as bears and tigers – roam free. Visitors can drive through it with a bus.

The zookeeper was suddenly attacked by a group of bears.

A video circulating on the Chinese website Weibo shows tourists on a bus looking at the bears in horror. “There is someone,” one of them shouts.

A person working with an excavator nearby tried to save the man. However, the bears took off with the victim’s body. The employee eventually hid in his vehicle until the police came to rescue him.

“We are very sad and sympathize with the family of the victim,” said the zoo management. The “deeply traumatized” tourists were apologized by the management. The wildlife section is temporarily closed.