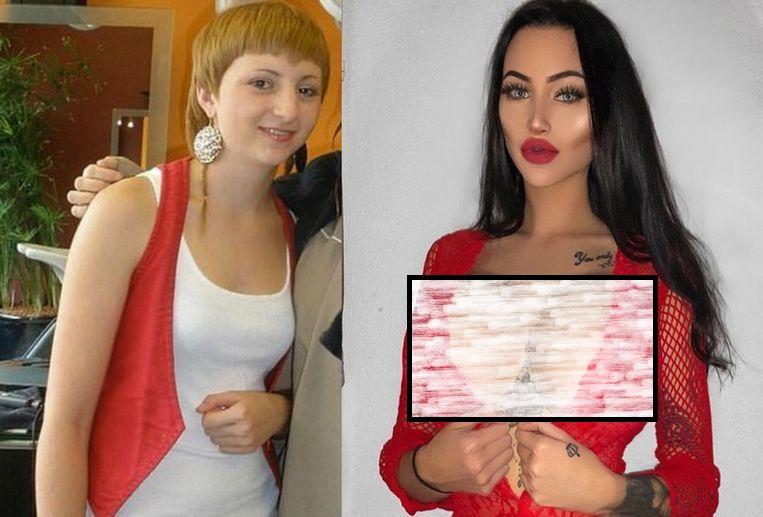 Years of being bullied at school? Never underestimate the consequences. Celine Centino even took the step to drastically change her appearance, so that she no longer resembled that vulnerable girl of yesteryear.

Her flight to plastic surgery cost her more than 42,000 euros. Not everyone, however, reacts just as enthusiastically. “In the past it was much better, there was nothing wrong with her? And if you make such an effort to please others, then the bullies have actually won”, says the tenor.

“The ugly duckling”, they called her earlier. But it did not stay with words alone, even with fights it went from bad to worse. The actions of the bullies chopped in such a way that Celine often reported sick.

After her studies, the young lady from Zurich started working as a hairdresser, she used that money to finally make her dream come true. Three breast enlargements, a nose and jaw correction, lip and kinfillers, (…) In the space of four years, the maid made short work of her old look. “And now I feel happier than ever,” she sounds.

“Yet I was always positive, but I did not feel good about myself. I was constantly called ugly and that made me sad. I wanted to be happy again, that’s why I let everything that was bothering me change my body. We live in a time when that is possible, so why not take advantage of that opportunity?”

“I was bullied daily. They always found something new. Sometimes I thought I was a boy because I did not have breasts, another time my butt was too thick. I was told that my face looked like a rubbish bin and that my style did not work out. I could not do anything good for them, they were all mean.”

“In addition, I was sometimes beaten up and shut them out. I did not get the chance to show how much fun I can be, they only saw the ‘ugly Celine’. All I could do was run away. I have never dared to put my problem on the table, because I was too embarrassed. How many times have I done as if I were sick, not to go to school anyway?”

“Though I saved a lot of money when I was young. I never went out until I was eighteen. I worked hard so that I could pay for my operations. Now I can finally lead the life that I have always wanted. I also feel much stronger. If someone says something bad about me now, I do not care anymore. Nobody can hurt me.”

“That first breast enlargement was a fantastic feeling. As a child I often watched Pamela Anderson in ‘Baywatch’, breasts like hers have I always wanted. I needed a strong look, like a mythical creature in a hurry. A woman who cannot be hurt because she is so firmly in her shoes. A man? Not necessary, but all pedestrians are keen on her. So that kind of figure.”

“Even I get different reactions. Some think I look great, others find my appearance purely plastic. But the positive comments make it, men are now going crazy for me.”

What if Celine ran into her former bullies? “Then I ignore them. They never gave me a chance, why should I give them a look worthy of it?”

1 thought on “Celine opts for drastic transformation: “No one can hurt me now””