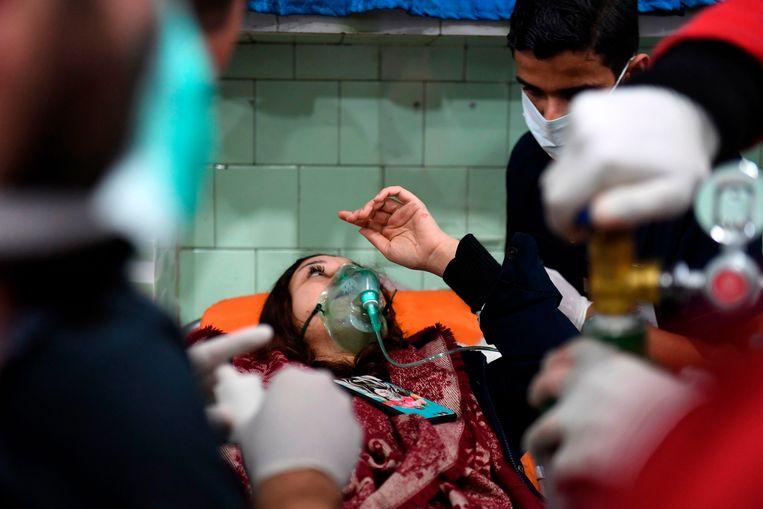 They were not Syrian rebels who used chlorine gas two weeks ago in an attack on Aleppo. But government troops that use tear gas on civilians to make it look like a chemical attack. That is what experts from Great Britain and the United States say. Dozens of people were injured during the attack.

The Syrian rebels did not know about chemical weapons immediately after the attack on 24 November. According to the US, it appears that the Syrian government forces supported by the Russians flung tear gas into the city and that a poison gas attack by rebels would occur. The Russian Ministry of Defence yesterday repeated the charge that the rebels have bombarded Aleppo from the militarized zone around the province of Idlib. The Russians, after the alleged attack with chlorine gas, in turn carried out aerial attacks on targets of the rebels.

The demilitarized zone around the Idlib was set up in October to protect the inhabitants of the last great rebel stronghold from a potentially heavy offensive. The zone came after talks between Russia and Turkey, but with the accusation to the rebels’ address the file would be in danger.

The US State Department says it has reliable information to show that it was Syrian government troops who used tear gas and that the Russian accusation is false. The British are also of the opinion. Inspectors could not directly visit the site of the attack.

“It is likely that this was a scene shot to blacken the opposition,” according to a statement from the British Foreign Office. “Whether it was a failed operation that Russia and Syria now explain in their favour”.

According to the Russian Ministry of Defence, Syria has asked inspectors from the Organization for the Prohibition of Chemical Weapons (OPCW) to investigate the matter. The Syrian government has also provided evidence showing the use of chemicals by the rebels supported by the West. “It cannot be ruled out that the loud accusations by the US Department of State are aimed at diverting attention from criminal actions of the US Army in eastern Syria,” it says in a statement. In the city of Hajin dozens of people would die every day due to bombing of American fighter planes.