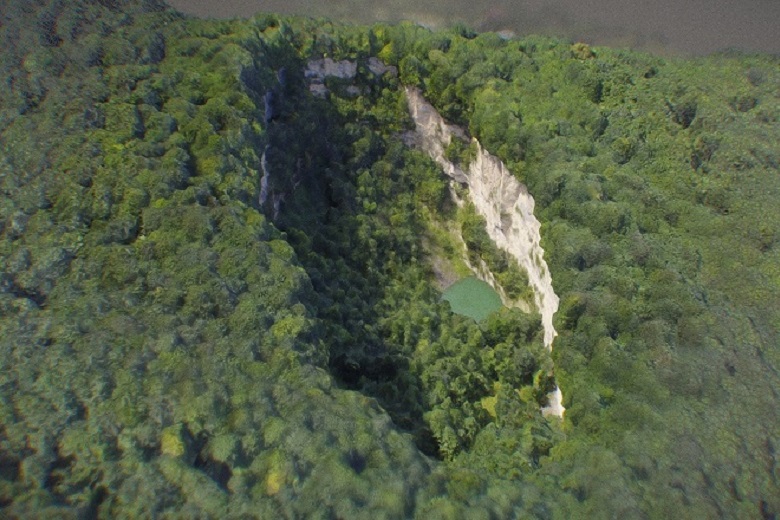 One of the natural wonders in Russia is a complex of 5 karst reservoirs located in the Kabardino-Balkarian Republic – Blue Lakes. This landmark is located within the boundaries of a specially protected natural area of 147.6 hectares, which was created to preserve its uniqueness back in 1978. Even though all five lakes are located relatively close to each other and are considered parts of one natural complex, each of them is unique in its way.

The Upper Blue Lakes are by nature one body of water with a dam, dividing it into two parts. These are relatively shallow freshwater bodies (17-18 meters), water reserves in which are replenished due to atmospheric precipitation, as well as groundwater and springs at their bottom. Therefore, the water level in lakes is subject to fluctuations depending on the season. In its structure, this communicating reservoir resembles a bowl. Its shores are quite low and gentle, and the deepest lake is in its central part.

The Upper Blue Lakes are very popular with amateur anglers. After all, they are inhabited by a large number of species of underwater fauna, including valuable fish species such as carp, grass carp, and trout. On the shores of the reservoir, rare species of shrubs and trees grow, and the entire infrastructure for recreation and fishing is organized: a tourist base, a cafe, and a beach.

The very name of this reservoir speaks for itself: the lake is well hidden in the thickets, and it is not so easy to find the reservoir. It is located about 300 meters from the Verkhnegolubye Lakes. The height relative to sea level is just over 900 meters. Like other bodies of water in this group, the Secret Lake is of karst origin.

The water level in the lake is constant regardless of the amount of precipitation or the seasons. The reservoir, the maximum depth of which is 21 meters, is completely isolated from other lakes and does not have a natural surface runoff. It feeds on underground springs. In summer, the average water temperature is + 17 … + 18°C, and in winter, the lake’s surface is frozen.

The shallowest and most inaccessible of all the Blue Lakes is Dry lake, or as the locals call it, Kel-Ketchkhen. In Kabardinian, it means “the lake flowed away”. The lake got such a name because the local histories mention its former abundance. But at some time for some unknown reason, the water from this lake has escaped through underground cracks in the Lower Blue Lake.

Currently, the depth of Dry Lake is not more than 5 meters. However, to admire the water surface, the area of which is 2.5 thousand square meters, in the immediate vicinity is possible only by using special climbing equipment. Now the reservoir basin is a fairly deep (more than 170 m) karst cavity, the walls of which are almost vertical. Such conditions have contributed to the fact that nowadays, on Dry Lake gather fans of rope-jumping and competitions in this extreme sport are held.

The largest of all the lakes of the complex, the Lower Blue Lake, or Tserik-Kel, is also the largest karst water body on the territory of Russia. If we talk about the contents and the structure of this lake, it is a colossal well with almost straight vertical walls. The total area of the “water mirror” of the Lower Blue Lake, located 809 meters above sea level, is 21,600 sq.m.

In the Balkar language, the name of the reservoir, Tserik-Kel, means “bad-smelling lake” or “rotten lake”. This most accurately describes the body of water, from which an unpleasant smell of rotten eggs really emanates. This “fragrance” is given to the Lower Blue Lake by the hydrogen sulfide dissolved in its water. The presence of large concentrations of this element gives the lake a distinctive blue color and makes it impossible for ordinary freshwater fauna to live in it.

However, Tzerik-Kel cannot be called a completely “dead body of water”: several species of algae and mosses grow under the water. Also, the only animal that thrives in the Lower lake is the freshwater crayfish Gammarus, which feeds on underwater vegetation.

As for the depth of this lake, it has not yet been precisely established. Despite dozens of expeditions that have visited Tserik-Kel. At one time, the world-famous explorer of the underwater world Jacques-Yves Cousteau also visited the Lower Blue Lake. However, he also failed to explore all the depths and secrets of this reservoir fully.

Features and secrets of the Lower Blue Lake

To date, the official depth of the lake is 368 meters. However, this value refers to the first ledge at the bottom of Tserik-Kel. This means that the maximum depth, which scientists have not yet determined, maybe an order of magnitude greater.

Lower Blue Lake is surprising because its crystal clear waters (transparency is more than 20 meters) never freeze. All year-round, the water temperature in Tserik-Kel is just over + 9 ° C. As for the shade of the surface of the reservoir, it can change depending on the weather: from gentle blue on a clear sunny day to azure on a cloudy day.

The level and volume of water in the Lower Lake and its temperature also remain unchanged throughout the year. This is one of the mysteries of the reservoir. After all, every hour, 3,240 cubic meters of water naturally flows out of the lake. At the same time, not a single river or even a stream flows into Tserik-Kel.

There are two versions of water replenishment of the lake. According to the first one, the lake is fed by underground water. It happens through a complex system of deep-water tunnels and caves. There the water is enriched with hydrogen sulfide. According to another version, the Lower Blue Lake can be communicated with the waters of the ocean. Natural filters such as minerals, stones, soil, and rocks turn it into fresh salty ocean water.

These secrets and mysteries, as well as the beauty of the natural complex Blue Lakes of Kabardino-Balkaria, make this place desirable for visiting both ordinary or extreme tourists, as well as nature lovers and scientists. After all, these reservoirs, like many other places on Earth, still keep secrets. Secrets that they are ready to reveal to everyone who loves and knows how to learn about the world around them.