The former US President who is currently enjoying the Florida sun doesn’t seem to regret being banned from social media. According to his senior assistant Jason Miller, he is taking a break from the online hate against him.

Donald Trump feels happier since he is no longer on social networks, says his assistant Jason Miller.

‘The President said he felt happier now than he had been for some time. He said that not being on social media and not being subjected to the impact of the universe of hate, which social media becomes too often, is actually a good thing,’ he told The Sunday Times.

This is also what the First Lady thinks. She said she loved it, he is a lot happier, and he had a lot more fun.

Regarding the US Senate’s impeachment procedure for inciting an assault on the Capitol, Jason Miller had previously reported to the Sunday Times that he doubted Donald Trump would actually be sentenced.

“He will be acquitted,” he said to the newspaper last week.

There is no realistic scenario in which he is going to be sentenced, so the pressure is gone.

On January 7, Mark Zuckerberg informed that Mr. Trump’s Facebook and Instagram accounts would be blocked for an “indefinite time.” The decision came after supporters broke into the Capitol on January 6. On January 8, it was Twitter’s turn to ban the outgoing President’s account.

China aims to prevent the “feminization” of boys: it “endangers” nation’s “survival”

Top 5 creepy things about celebrities you need to know 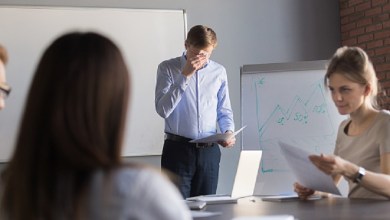