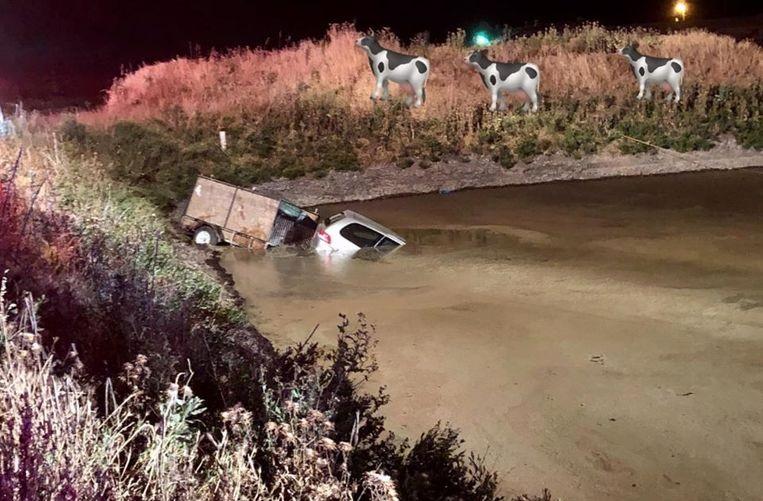 Drinking alcohol and driving: it is not the right combination. This driver also experienced this: he ended up with his car in a large pool of liquid cow manure at a dairy farm.

The poor man had to call the police to be released. About 1:30 a.m., we received a call from a driver who crashed into a pond near a dairy farm, reports the South Sacramento, California police force in the United States.

“He said his car was completely flooded. When we arrived on site 50 minutes later, the man was still in the car, which was partially submerged in a large pool of shit.”

Before calling the police, the man tried to free himself but failed.

Police said he was drunk. “After he was shit up to his neck for two hours, we arrested him. Let it be a warning for those who want to combine driving with drinking alcohol.”