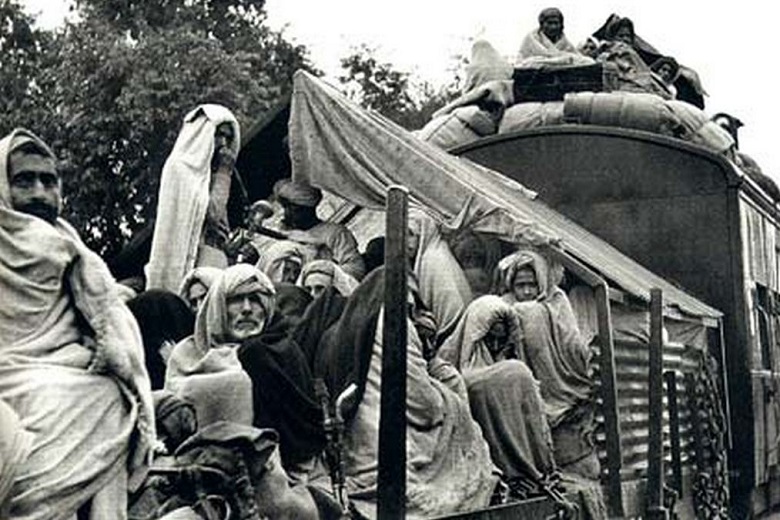 Can Indians get out of this despised caste? It is difficult for us to imagine that a person could be prohibited from walking down the street or visiting a store just because he was born into the wrong family. And the untouchables in India are accustomed to shying away from them like the plague.

In recent decades, the authorities have been trying to get rid of these terrible customs, but they are still very far from success.

Who are the Dalits, and where did they come from

The untouchables, who are called Dalits today, are widely believed to be descendants of indigenous Indian tribes before the conquest of the Aryans. Today it is every fifth Indian. Having conquered India, the Aryans decided that the indigenous population should not be allowed into society, but it was better to use it to perform the most dreary work. The natives were expelled from the main settlements into a kind of beggarly ghetto.

In India, there is another version of the appearance of the untouchables – these are the descendants of children expelled from society because of their origin, that is, those unfortunates whose parents violated caste principles, for example, a mother from a higher caste, and a father from a lower one.

Today they are called Dalits because untouchables are too offensive, in their opinion. But the name is nothing compared to the facts about the real-life of these people, which can shock a civilized person.

Representatives of other castes are contemptuous of these people, but at the same time, they are afraid of them. It’s about desecration. If the Dalit touches a person of the highest caste (even if it touches the edge of his clothes), the defiled one will be forced to devote many years cleaning his karma from the defilement.

Perhaps the point here is that the Dalits are doing the dirtiest work in India; in particular, public toilets are cleaned through their efforts, and animal corpses are removed. They cannot visit temples; they are forbidden even to enter the territory of houses of other castes.

They can be beaten, insulted, or killed even just for dropping their bucket into a public well. They are born outcasts and carry their cross regardless of desires and aspirations.

However, the untouchable can be humiliated and raped without caring about the desecration of karma. There was a known case when a 14-year-old girl died in New Delhi after being sexually enslaved by a neighbor. She was bullied for a whole month. There was a trial when the crime was solved, after which the neighbor was released on bail. And all because the victim is Dalit, and her life is not worth a broken rupee.

Today, the Indian constitution does not recognize castes, but most of the population reveres more ancient traditions. In small towns and villages, nothing has changed; the untouchables remain outside of society. Sidewalks and public wells are not for the – members of the upper caste are afraid of blasphemy. If Dalit visited the temple (and this is allowed to be done only a few times a year), then the sanctuary is purified for a long time, conducting special rituals.

The settlements of the untouchables are treated with disgust. There was even a case when the village was surrounded by a three-meter wall with high voltage fencing. As a result of the trial, the wire was removed, but the wall was not destroyed.

Despite the law on the fine for canteen owners for refusing to serve Dalits, they are reluctant to be fed. In the best case, there are special dishes, in the worst – the person will eat on the street. To buy something in the store, Dalit leaves money at the doorstep, where they will purchase for him.

In 2005, a Dalit teenager was beaten by peasants who spoke to a girl of the highest caste. In 2008, an Indian threw a little girl into a fire by the road because her mother accidentally pushed him.

How to break out of the untouchables

The percentage of illiteracy among the Dalits reaches 70% since not all children can endure bullying at school. Dalits continue to work in the lowest-paid and dirtiest jobs, many are unemployed.

There are millionaires and politicians among them, but very few of them. For example, Ashok Khad belonged to the caste of tanners and made inhuman efforts to learn and acquire the profession of an engineer. Today he owns a company with a turnover of millions.

The most striking example is Kocheril Raman Narayanan. This untouchable man was able to become the President of India and served from 1997 to 2002.

The easiest way to break out of the untouchable caste is to change your religion. At the beginning of the 19th century, Dalits actively converted to Buddhism, thereby saying goodbye to the humiliating caste system. Some convert to Islam and Christianity, but Buddhism, as one of the country’s traditional religions, is preferred by most former Dalits.

There are also illegal ways, for example, forging documents. Many surnames are, as it were, “tied” to castes. But, people who decided on this most often flee from places where they knew their ancestors.

It is impossible to “raise” the caste by marrying or getting married. But you can lower it. If love pushed a brahmana into a relationship with an untouchable, this threatens a family scandal, sometimes even exile. Of course, it all depends on how progressive the family is, what views it adheres to, how it honors traditions. Therefore, before deciding on a desperate act, men and women try to soberly weigh all the consequences.

On the other hand, the child used to be recorded according to the lower caste, but today the caste status of the father is attributed to him. Only in the state of Kerala – by mother. You can choose the best caste for a child through the courts; there have been such cases, but not too often.

Why don’t the Dalits riot, demanding changes, but confine themselves to rare protests? Affected by the timidity driven into consciousness, humility, and some are simply satisfied with everything. There are separate quarters and home churches, there is a community that can help in a complex case, communication takes place only among its people, and there is nothing to do with the other castes. Approximately the same state of affairs is developing with the untouchables, who do not seek to become part of society.

Many travelers who visited India and saw Dalits were amazed at their smiles and happy faces against the backdrop of dirt, poverty, garbage dumps, and squalid dwellings. Maybe the untouchables are comfortable in their way in their strange existence beyond the comprehension of many?