Following an attack by Ethiopian soldiers who reportedly killed about 10 people, residents fled to seek refuge on the Kenyan side.

They live in precarious conditions in the border town of Moyale. Humanitarian aid is trying to organize itself.

The refugees come from the border town of Moyale, on the Ethiopian side. A locality located in Oromia region, one of the strongholds of the protest against the central power of Addis Ababa.

They describe raids of soldiers against houses, people killed at close range, soldiers also drawing at random on the crowd. Comments that contradict the version of the official Ethiopian news agency ENA, explaining that the military would have confused people with rebels of the Oromo Liberation Front.

For a week now, refugees have been crossing this very porous border and huddling on the Kenyan side. 80% are women and children scattered on four different sites. Some are staying with relatives, but some sleep outside while it’s the rainy season.

Local authorities, the Kenyan Red Cross, UNHCR and Unicef ​​provide assistance: water, food, mosquito nets, medicines, tarpaulins. But the means are not yet sufficient to the number of arrivals in this isolated area of ​​Kenya.

“The urgency is to register them, improve care and hygiene, because there is a risk of a cholera epidemic,” says Yvonne Ndege, UNHCR.

For now, it is not planned to establish a camp, because the immediate future of refugees is unclear. Humanitarians struggle to know if they want to stay or return quickly to Ethiopia, knowing that many say that if they return, they will be targeted by the soldiers.

Former President Jacob Zuma to be charged with corruption 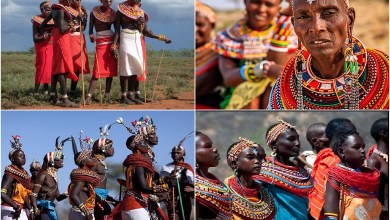