Paris Hilton is likely to hand in her engagement ring soon. Chris Zylka wants the expensive ring back now that their relationship is over, TMZ reveals. In a post on Instagram, Paris Hilton seems to confirm the rumours that she has put an end to her relationship with Chris Zylka.

The actor asked Paris during a winter sports holiday in Aspen in January to marry. The ring that he conjured up during that time proved worth 2 million dollars and took four months to make. The jewellery maker then announced that he had used 20-carat diamonds in the ring.

Paris would be the one who put a point behind the relationship. She shared a photo on Instagram on Monday on which she posed as Marilyn Monroe. And placed her favourite quote from the actress. “I believe that everything happens for a reason. People change so you can let them go. Things go wrong so you appreciate it if it goes well. You believe lies so that you eventually learn that you can only trust yourself. And sometimes good things go wrong so that better things can come together.”

Previously, insiders told People and TMZ that Paris had broken her relationship with the actor. Chris would have walked too fast and the Paris realized ten months after their engagement that he was not the true one for her, the sources said. Last summer the wedding of Paris and Chris was postponed once. They then claimed that it was because they needed more time to plan “the wedding of the century”.

My favorite Marilyn Monroe quote. ✨”I believe that everything happens for a reason. People change so that you can learn to let go. Things go wrong so that you appreciate them when they’re right. You believe lies so you eventually learn to trust no one but yourself. And sometimes good things fall apart so better things can fall together.”✨ 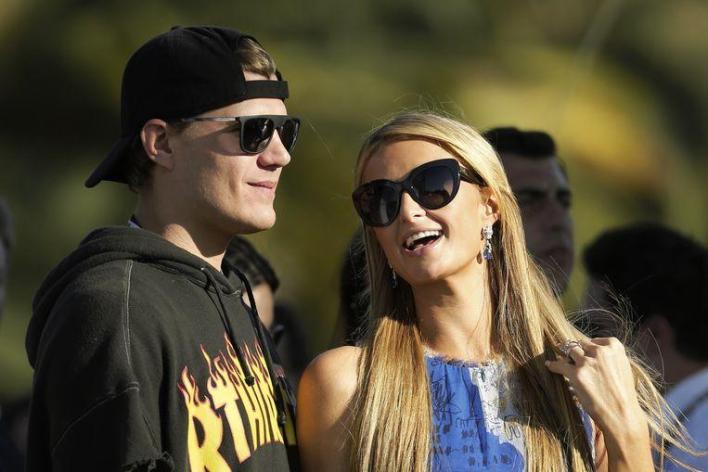 Fuss around photos of gritty Bella Hadid: "This can not be healthy?"

Letter of application JK Rowling under the hammer for $250,000