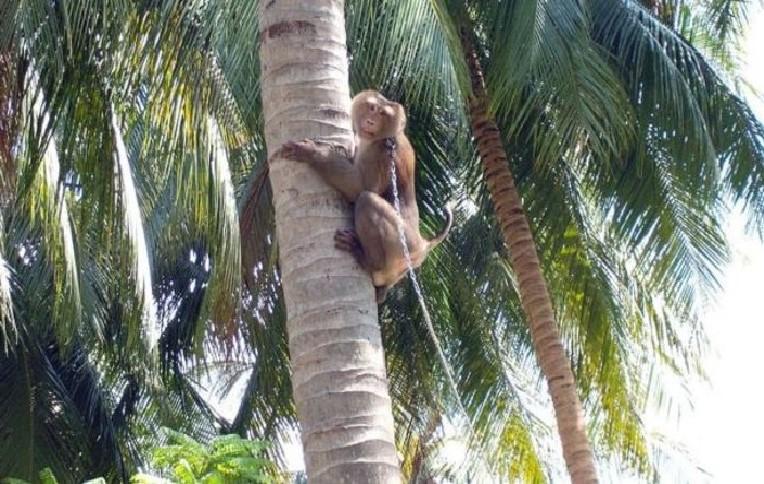 Several Thai supermarkets have removed coconut water and oil from their range after the news became known that these products are made from fruit that monkeys have to pick in captivity. “The monkeys are taken from the wilderness and trained to pick up to 1,000 coconuts a day,” says animal rights organization People for the Ethical Treatment of Animals (PETA).

The animal rights group today announced that Lampong monkeys are used in Thailand as “coconut picking machines”. In response to the news, supermarkets Waitrose, Ocado, Co-op, and Boots immediately decided to stop selling some goods. Morrisons previously went a step further and took specific coconut products from the shelves.

Earlier, the prime minister’s fiancée, environmentalist Carrie Symonds, called on all supermarkets to boycott the products. Subsequently, supermarket chain Sainsbury’s stated to the BBC that it is “reviewing the range and will investigate the complex matter with its suppliers”. And the British supermarket chain Asda is also jumping on the cart.

PETA has, in its own words, found as many as eight farms in Thailand where monkeys are forced to pick coconuts for export around the world. Male monkeys can pick up to 1,000 coconuts per day, where humans can only process about eighty.

In addition, PETA has discovered a number of “monkey schools” where animals are trained to pick fruit or to cycle or play basketball to entertain tourists. “The animals in these facilities – many of them illegally captured as babies – exhibited stereotypical behaviors that indicate extreme stress,” PETA said.

“Monkeys were chained to old tires or locked in cages barely large enough to move in. A monkey shook madly at the bars of a cage in a futile attempt to escape. Another monkey, tied to a rope, was trying desperately to run away from an animal trainer.” In one case, the organization even learned that monkeys’ canines are pulled out when trying to bite trainers.

“These curious, highly intelligent animals are denied psychological stimulation, but also companionship, freedom, and everything else that would make their lives worthwhile. And all this so that they can be used to collect coconuts,” says PETA director Elisa Allen.

After all, PETA calls on everyone to avoid coconut products from Thailand, so that monkey work stops.