In Ghana, a Chelsea FC supporter Emmanuel Offin, who lives in Asuoyeboah in the Kumasi metropolis of Ashanti region, collapsed and died after his club’s defeat on Wednesday.

Emmanuel Offin aka Nana Yaw, a mobile phone dealer described by his family members as “a staunch supporter of Chelsea”, died on his way home after fainting a few minutes after the final quarter whistle Champions League final against FC Barcelona.

Chelsea is eliminated from the Champions League

Otec news reporter Rhoda Dankwa, who visited the family home of the late Nana Yaw in Asuoyeboah on Thursday, March 15, 2018, reported that the body was dropped off at the Komfo Anokye University Hospital morgue for an autopsy.

According to the brother of the deceased, the death of the yellow boy was really “a big blow for us as parents”.

The wife of the identified deceased named Linda has in an interview, confirmed the news to Otec FM.

Gabon: first hearing of an official prosecuted for embezzlement

President of Zimbabwe auction his tie 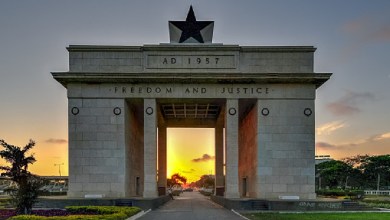