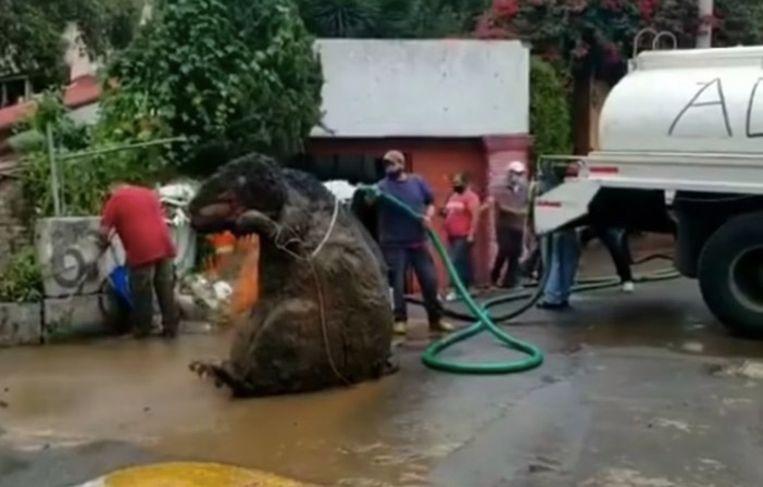 The fact that a rat is in the sewage system is not in itself remarkable. But a specimen, larger than most people, that also surprised them in Mexico City. Workers discovered a gigantic plush beast that was blocking the sewer.

Together with the rat, the workers removed a total of 20 tons of waste from the underground sewage system. According to local media, the cuddly rat caused a blockage, flooding the neighborhood.

After images of the plush rat circulated on social media, a woman is said to have identified herself as the owner. She claimed it was a Halloween set piece. She lost it during a heavy rain shower.

Mexico City is the capital of Mexico. About 23 million inhabitants live in the agglomeration. It is one of the largest urban areas in the world.