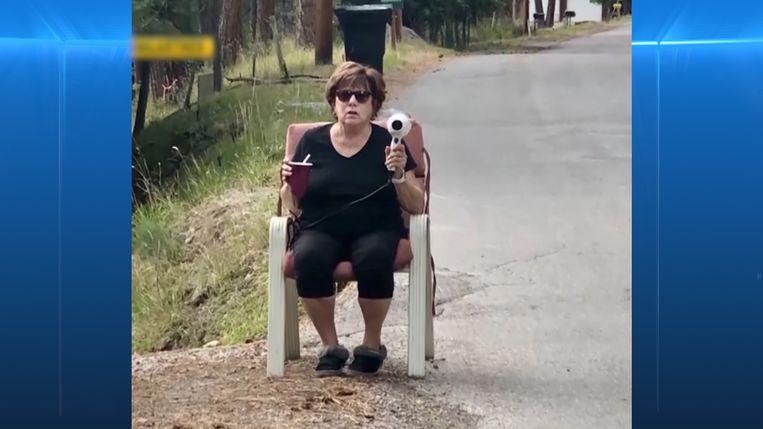 Patti Baumgartner, a grandmother from Montana in the United States, has found an original way to deter and slow down speed offenders. The woman decided to stand by the side of the road in a chair with a hairdryer in her hand.

The community wondered what would make cars slow down. But what could be the solution? Grandma with Hairdryer! That should serve as a speedometer. “We were talking about maybe something would slow the cars down. So, we decided to put me in a chair, and I guess the hairdryer as a speed thing,” it sounds.

“They forget to slow down, and there are a lot of people that are complaining about what they can’t walk or ride their bikes. I wouldn’t even attempt riding a bike around,” she said.

“I thought it was hilarious. I think that we have a speed issue in Montana, and I thought it was a great creative idea for the public to try and combat that a little bit without making people too upset,” said Pesola.

The police have now given Patti the title ‘Honorary Trooper’. “That’s not an official title”, says Noah Pesola of the traffic police, “but she’s doing something good for the community, so we gave her a badge.”