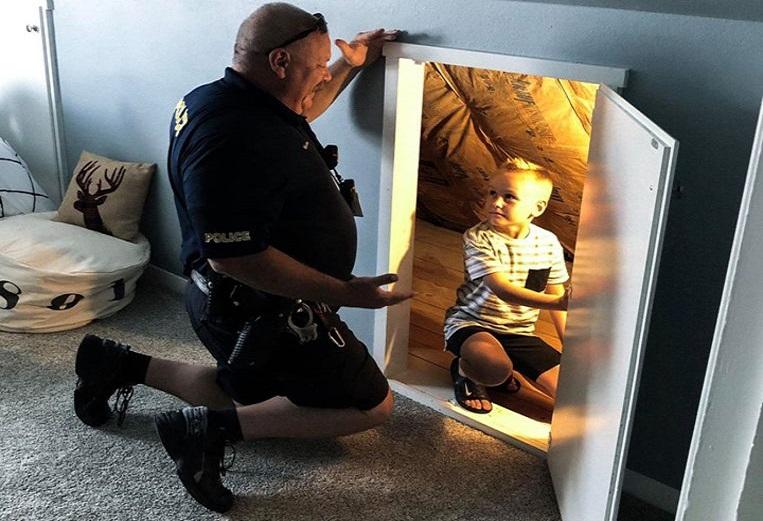 Bruce Schwartz from Iowa has suddenly become a hero on social media in recent days. The agent came in-person to assure little Hayden (6) that there are no bad guys around in his new bedroom. Until then, the boy was so scared that he didn’t dare to sleep in the room.

Mama Amanda Williams was in despair because her son Hayden was extremely anxious after the family had moved to a new home. Until then, Hayden had always slept with his older sister, but in the new house, the two children each had their bedroom.

To the great satisfaction of the older sister, the changeover was much more difficult for Hayden. He claimed that a door of the storeroom opened on his own and feared that the “bad guys” would come to see him at night. The boy couldn’t get those frightening thoughts out of his head and begged his mommy to talk to a cop and a doctor.

The mother then took her son to the police station to make him feel safer there. After the conversation, Agent Bruce Schwartz offered the boy to come and inspect Hayden’s room thoroughly.

Problem solved, because, after that safety check, Hayden was wholly reassured. Mama Amanda put the beautiful story on social media, where the praise for Schwartz wasn’t from the air.