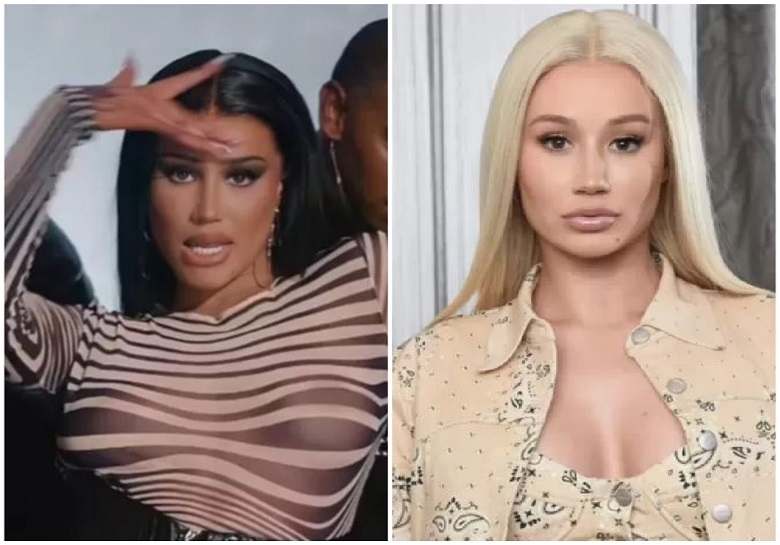 Australian rapper Iggy Azalea (31) has come under fire for making her skin appear darker in her most recent music video for the song ‘I Am The Stripclub’. Critics say it’s a phenomenon called ‘blackfishing’, which involves deliberately pretending to be black to mislead and influence the public. “Nonsense”, Iggy retorts. “I’m wearing the same shade of makeup I’ve been wearing for three years!”

Since the release of ‘I Am The Stripclub’, Iggy Azalea has faced a lot of criticism. She is accused of using darker makeup and wearing a black wig to look like a black woman when she is actually white.

A strategy that critics say is being used to appeal to a larger segment of the black public. Iggy feels insulted and attacked: ‘These allegations are ridiculous and based on nothing,’ she lashes out. ‘I don’t use dark makeup at all. I’m wearing the same shade that I’ve been wearing every day for three years!’

When someone put two photos of her side by side – one in which she is clearly white and one from the music video, in which she appears darker – the rapper reacted: “Nonsense. I have the same color as always. Only this time, I’m in a dimly lit room with red lights. It’s also just one scene from the clip. But I swear to you, I’m wearing the same face paint as in the rest of the video. Only my eyes are made up a bit heavier, and I wear a black wig. Ignore those negative thinkers, let them talk.’

Since the criticism still didn’t stop, she furiously posted a photo of her makeup bottle. “This is the makeup I wear! It’s Armani foundation in shade number 6! That is the color of a white person who is nicely tanned in the sun. Do you believe I’m using the right shade? I’m really tired of people trying to twist things and make things problematic when I just tried out a new hair color. Watch the video for yourself instead of believing the people who post sports-edited photos of me on the internet just to stir up a fight. I’m not going to worry about it anymore.”