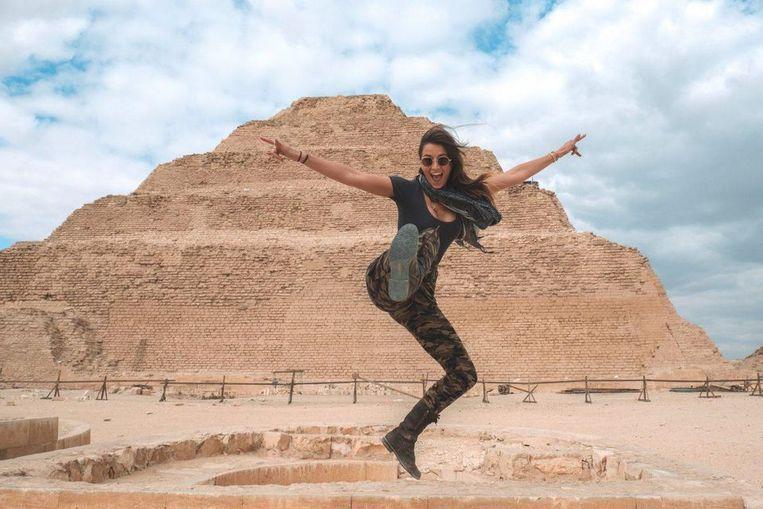 Lexie Alford, the 21-year-old American has set a record: she is the youngest woman ever to have visited all 196 countries in the world.

On Friday, Lexie Alford from Nevada City in California set foot on North Korean soil. It was one of the less obvious countries on the list to visit. It was also the 196th and last sovereign state that Alford visited. A sense of “relief” immediately fell over her, she told Fox News.

“In the last six months I have endured extreme fears of overcoming the obstacles to reach the least accessible places in the world,” Alford said. “It was only in that obscure meeting room, or all places, that I realized how far I had come.” For Alford, “everything I had been striving for in recent years came together in one moment”.

With its 21 springs, Alford is three years younger than Briton James Asquith, who was 24 years and 192 days when he set his record in July 2013. Two years ago, 27-year-old Cassie De Pecol from Connecticut traveled the same world. She did that as the first woman ever and in a record time of eighteen months.

Alford has been on her world trip since she was a child, even though she was not aware of it then. Her family ran a travel agency in California, and that is how Lexie Alford got the love for traveling with his mother. As a child, she already traveled to exotic destinations such as Cambodia, Dubai, Ushuaia, and Egypt. It sharpened her innate “curiosity about how other people live and how they find happiness”.

In October 2016, the idea began to mature at Alford to break the world record. She realized that she had already visited 72 countries when she was eighteen and still had time to complete the 124 other sovereign states on the list at a record age. She decided to put her studies on hold and to focus on her new goal.

Lexie Alford says she paid for everything herself. She did not have an official sponsor but did a few commercial assignments to finance her project. “I had known for some time that I would one day make time to travel. That is why I have taken on every job since I was twelve that I could save,” says Alford.

With that money, she could sing it out for a year and a half. She then went on to work as a travel agent in her parents’ firm when she was at home in Nevada City. She also shared photos and messages on blogs, with which she also earned some money. And of course, she has her own Instagram, where she now has 66,000 followers. There she says she wants to inspire others, “especially young women”. From November, Alford will also be featured in a travel program on television.

But she paid special attention to the little ones. “I kept my monthly costs as low as possible. By living with my parents, by not paying off a car or student loan, by not spending money on material assets that are not necessary.” Also when planning her trips much attention was paid to affordable solutions and good deals. One of the hardest points for Lexie Alford was to get all the necessary visas as an American.

The key question: “What was her favorite destination?” Alford found Venezuela and Pakistan “misunderstood” and particularly interesting. “One of my absolute favorites is the Angel Waterfall in Venezuela,” she says. “I also loved North Pakistan, the natural beauty of the mountains and the friendliness of the locals were amazing.”

To end up in the Guinness World Records book, Lexie Alford now has to provide some 10,000 evidence. In chronological order. That can still take some time. But it is not an endpoint: Lexie Alford plans to continue traveling. Also on the agenda: a book about her experiences.