After more than two months of peaceful demonstrations against a backdrop of economic and social crisis in Jerada, eastern Morocco, the clashes were against the protesters for the first time on Wednesday evening, 14 March, to the police, which marks a turning.

There have been casualties on both sides, but the police are talking about 200 wounded in its ranks. Injured protesters heal at home for fear of arrest. The city of Jerada experienced on Thursday, March 15 a state of general paralysis.

After more than 80 days of peaceful protests in Jerada, a city in eastern Morocco, Wednesday’s protest turned into a clash that left several wounded on both sides, including a youth between life and death.

He was reportedly crushed by a police car. A government order banned on Tuesday, March 13, the protests that demanded an economic alternative allowing the people of this city out of precariousness.

In the aftermath of these violent clashes between the police and the demonstrators of Jerada, Jerada was a “dead city”.

The inhabitants observed a kind of undeclared general strike. “The children did not go to school, and people avoided going out,” says an activist.

Several people had already been arrested earlier this week and, according to activists, more than forty people have been apprehended since Wednesday. Authorities speak of only nine arrests.

“The repression will not solve the problems”

In the face of these developments, human rights organizations call on the government to return to dialogue. “We do not understand at all how ministers, officials have visited the region and proposed solutions, discussed with activists, and all of a sudden, they make this decision to ban these peaceful protests. As long as the claims are not realized, there will always be demonstrations. It is not the repression that will solve the problems of Jerada,” said Zeroual, local leader of the Moroccan association of human rights.

The situation in Jerada largely dominated the meeting of the Council of Ministers in Rabat on Wednesday, 14 March. But the spokesman’s statements that followed prompted protesters to brave the ban again. Mustapha al-Khalfi explained that Jerada’s images show that the movement is not peaceful.

According to al-Manjami, an activist on the organizing committee of the Jerada movement, wants the movement to remain peaceful. “For more than two and a half months, our protest movement was civic, peaceful and organized. In all forms of our protests, we have never given in to provocation, despite the ban, the encirclement, the oppression and finally the arrests. We were disciplined and avoided any possibility of climbing,” he says.

“Yesterday, after the government’s decision to ban protests in Jerada, our workers decided to hold a sit-in, in the forests outside the city. They wanted to avoid being accused of impeding traffic or threatening general security. They went with their families, women and children in front of the closed mines. We were surprised by the violent attack of the security forces, which naturally led to clashes between the protesters and the forces of oppression. There were wounded, they were treated at home for fear of being arrested. One of the law enforcement cars voluntarily overthrew citizens,” says al-Manjami. 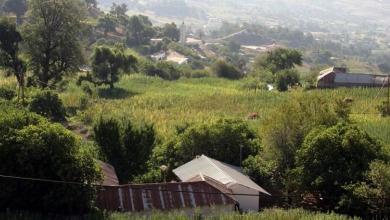