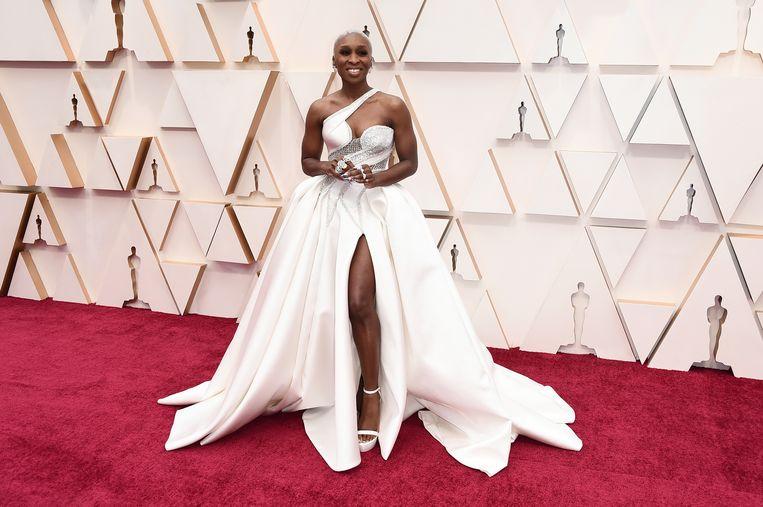 Last night the biggest film prizes of the year were presented in Los Angeles, but you could say that the most crucial moment for many stars – nominated or not – took place before the show.

Strolling the red carpet and having your looks mercilessly assessed by the collected one’s press, fashionistas. Who won praise for dress, hairstyle, and makeup? And who could only count on disapproving looks?

Mindy Kaling: Mindy Kaling kept it pretty simple in her yellow dress. Except for those little kilos of diamonds around her neck.

Rebel Wilson: Actress Rebel Wilson has lost a lot of pounds, and loves to show her curves in a golden dress by designer Jason Wu.

Janelle Monae: Janelle Monae opted for a look that we can best describe as chain mail meets duvet cover.

Olivia Colman: “Whoever plays a queen in the film should have a drag,” Olivia Colman must have thought when she chose this dress from Stella McCartney

Chrissy Metz: Chrissy Metz, together with a few attendees, held a competition ‘to get lost most in the red carpet’, but unfortunately ended up in second place…

A pregnant America Ferrera: The first place in the competition mentioned above was after all hijacked by America Ferrera, who almost entirely matched the color of her dress by designer Alberta Ferretti with the shade of the red carpet.

The Norwegian singer-songwriter Aurora, who, together with a lot of other ‘Elsa’s’ released a Frozen song. “Let it go” is all we can say about this. And yes, we are talking about this terrible karate costume that belongs in a dojo rather than on the red carpet.

Regina King: This is a real, classic, Versace Oscar dress. But pay special attention to the hands of Regina King, who probably won’t get them up because they are so loaded with jewels.

Billy Porter: Also, this time, Billy Porter does not disappoint. The actor knows how to steal the show with his extravagant outfits every award ceremony, and that is certainly the case today.

Lily Aldridge: She may be a top model… but this is definitely not a top outfit. What’s wrong with that faded rose in your side, Lily?!

Saoirse Ronan: No party without a cake, and this time is that incredible honor for Saroise Ronan.

Salma Hayek: Is it a dress? Is it a pantsuit? Or is it just a sort of wedding dress that Salma Hayek attracted to the red carpet for the occasion?

Penelope Cruz: Classic, classic, most classic. No, you can’t do much in a black dress by Chanel, but this is not a striking look for the red carpet.

Florence Pugh: Did you know that nowadays you can wear the slats on the window as a dress? Florence Pugh had clearly been aware of this new trend for some time.

Laura Dern: We are not sure what we think of Laura Dern’s Armani dress, but the ‘flocked’ at the top are special anyway.

Gal Gadot: The lace top of Gal Gadot’s dress adds a contemporary touch to her Givenchy dress, which also saves her from a place in the ‘cake dress’ category.

Brie Larson: Her ‘Captain Marvel’ uniform has no cape to Brie’s great regret… The actress then compensates for wearing one at any other time that she can.

Renée Zellweger: It is almost becoming a tradition, but also this award ceremony Renée’s dress is nearly as tight as her face.

Margot Robbie: It may be vintage Chanel, but we are not getting really wild with this somewhat annoying dress by Margot Robbie.

Cynthia Erivo: A gigantic dress with split, an asymmetrical neckline, and a good portion of bling … Cynthia Erivo clearly understands how to make an entrance to the Oscars.

Scarlett Johansson: The dress must have cost a rib from her body (meaning that she also covers that part of her body under a see-through piece of fabric), but this time we find Scarlett to look a bit cheap. Unfortunately!

Charlize Theron: What.A.Sleep. And also: what a diamond! The actress wore a jewel from Tiffany & co, worth a whopping 4.5 million euros.

Kristen Wiig: The dress that touched the tongues most today? Undoubtedly this copy of Kristen Wiig, which is already lovingly called ‘the lasagna dress’.

Billie Eilish: Do you want a classic Chanel suit to look hip and contemporary? Only Billie Eilish can do that!