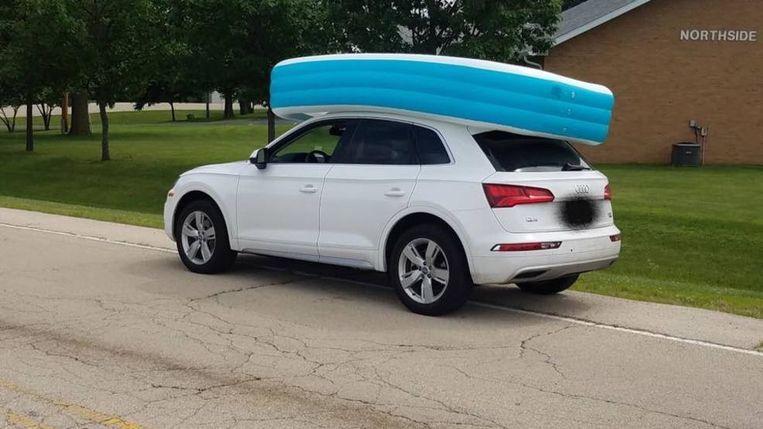 A 49-year-old American decided this week to transport an inflatable swimming pool for her daughters, with her two eyeballs inside. Surprisingly, that is not allowed, as it turned out when agents stopped her.

Agents from the American town of Dixon, in the state of Illinois, arrested 49-year-old Jennifer Janus Yeager after a concerned citizen had reported that he had seen her pass by, with children on the roof of her car.

Afterward, we learned that the mother had driven to a friend with the empty bath to blow it up. Once the thing was full of air, the roof of her car was the only place to transport it. Empty baths catch a lot of wind and to tackle that problem, Yeager put both of her daughters in the bath and she drove home.

Fortunately, the ride ended well for both daughters. Mother herself is a little worse off. She is charged with two cases of negligence and endangering her children. After having paid a deposit, Yeager was allowed to leave without daughters on the roof.