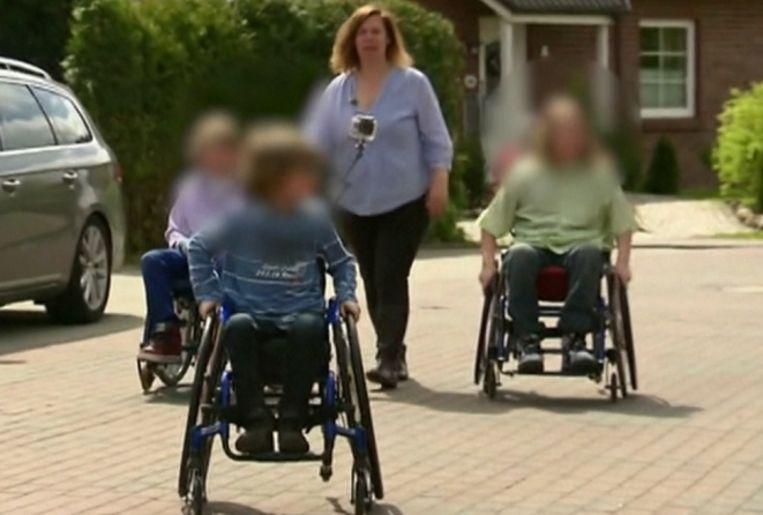 A German mother (49) lied to her children and the government for years that they were seriously ill. All this time, she forced her offspring into a wheelchair with devastating consequences for the health of her family. But this way, the woman was able to collect 140,000 euros in social contributions until her terrible deception was discovered.

The social fraud took place from 2010 to 2016. Maike B. from Lensahn, Schleswig-Holstein, lied to doctors and falsified medical certificates. Her kids had to go to school in a wheelchair.

The woman appealed to her son, Jendrik-Lukas (10), and his sister, Jennifer-Selver (18), that they were suffering from severe bone loss. As a result, they were absent from school for about 100 days, and the 10-year-old son had to repeat his year.

His son Jeremy (15) was told that he had rheumatism and also had to sit in a wheelchair, just like his oldest brother Jerome-Hannes (17).

The mother also announced that the teens could suffer paraplegia – paralysis due to damage to the nerve bundles in the spinal cord – if they were not seated in the wheelchair. The children were allowed to take a maximum of 80 steps per day at home — the consequences: muscle weakness and long-term social isolation.

In recent years, Maike B. has told her story at German TV shows to provoke pity allegedly.

The scam came to light when a social service employee discovered irregularities in 2016 and filed a complaint. This week, Maike B. has to report to the court for child abuse and social fraud.

Eldest daughter Jessica R., now 27, testifies against her mother, who also tried to convince her in the past that she had severe bone decomposition. But the then 18-year-old daughter was then examined behind her mother’s back: the doctor ruled out bone decalcification.

She did not spare her mother in court, with whom she had broken off all contact. “When employees of the social service stopped by, the children had to sit in the wheelchair. Then they had to pretend that they were seriously ill,” said the young woman.

The judge then asked why the children continued to obey their mother, to which Jessica replied: “They would receive toys and my mother said that we could continue to do cool things with that money.”

The eldest daughter soon went to live independently and begged her brothers and sister to move in with her. But Maike B. did not agree. Now the children are housed in foster homes.

Today the process has already been continued. A verdict is expected in October.