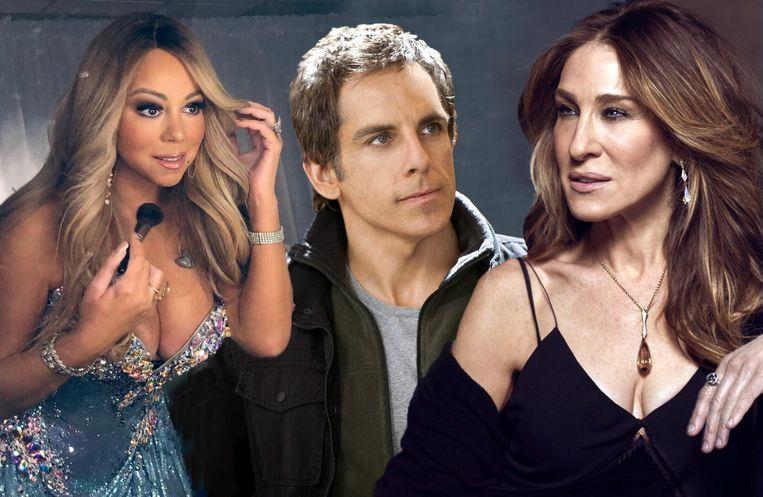 Still looking for the job of your life? The Australian millionaire and online celebrity Matthew Lepre (26) is still looking for a personal assistant. You get a minimum starting salary of 32,500 euros per year, travel around the world with him, and you can lead the same luxury life. A great opportunity, although not all assistants get along so well.

According to their staff, these stars are a nightmare to work for.

Mariah Carey is a notorious diva. From a daily fruit bowl full of exotic fruits to demanding a personal driver for her dog: the singer does not shy away from getting used to it. Over the years, several of her assistants have sued Carey to halt her demands.

Right-hand Simonette Da Costa claimed that she had to work 24 hours regularly without being allowed to eat or drink. Assistant Molly broke out live again on TV when she was on tour with Mariah and she couldn’t get the Apple TV in the hotel room working. “That Apple TV is the most important thing for Mariah,” she sobbed in full panic. “If I can’t get that TV started, Mariah can’t sleep. And if she can’t sleep, she can’t act. And that is all my fault.”

When she played in ‘Friends’ she was bombed into America’s Sweetheart, but behind the scenes, there was more of a heartless character. According to her former assistant, Aniston hates to be sweaty on hot days. “We had to ventilate her around the clock or hold ice cubes against her face to control her temperature,” the assistant said.

Gavin Doyle, the former assistant to Lindsay Lohan, will no doubt complain for a long time that he was employed by the actress/entrepreneur. When Lindsay caused a car crash under the influence of a few years ago, she had her assistant pay for the accident. Doyle had to declare to the police that he was behind the wheel, not Lindsay. However, the police did not fall into the trap and only Lindsay disappeared behind bars. When Gavin later came to pick up his employer at the police station, he was literally thrown out of the wagon by Lohan.

A few years ago, Courtney Love was sued by her assistant Jessica LaBrie. She had gone to court in Los Angeles and claimed that Courtney deliberately withheld her salary because she refused to commit fraudulent, illegal and unethical acts. According to Jessica, Courtney wanted her to hire a hacker to fake legal documents. The assistant, who wrote a book entitled “Get Me a Xanax” about her experiences, said she worked for Kurt Cobain’s widow more than 60 hours a week. But Courtney would have paid LaBrie only a fraction of her wages.

Naomi Campbell could be the textbook example of an extremely difficult boss. From 1998 to 2008, she was already charged with abuse by more than ten employees. One of them was Amanda Brack, who told her story in ‘The Tyra Banks Show’. According to the assistant, she was attacked three times by Campbell, she was spit in the face and the supermodel threw her passport into the pool when she wanted to leave. “She pushed me against the wall once because there was a problem with her suitcase. She went completely crazy and slapped her Blackberry against my face”, it sounded.

Ben Stiller almost always plays in the skin of the nice guy in films, but apparently, it is different in real life. Or his assistant Lucas Crosby said so because Stiller apparently had a lot of specific requirements. “He only wanted to drink iced tea, but it should never have been sweetened artificially. I always had to mix one and a half bags of Stevia per 475 ml of iced tea in his glass,” says Lucas.

It didn’t stop there: “When I once brought him his drink in a paper cup, I was sent back because he just wanted to drink his iced tea from a glass. Then I was sent back for more ice. And as if that wasn’t enough, I also got a scolding because there was condensation on the glass.” After only two weeks, the personal assistant resigned.

Sarah Jessica Parker also fits in with the demanding celebrities. According to Michelle Collins, a worker, she wanted their children to have a small jar of Vaseline available at all times. “She would get angry if the jar was too big, then I would make a mess in the house,” Collins said. “She also always asked for a bottle of facial cleanser and her son’s Neutrogena bottle had to be replenished at all times.”

As a world star, Christina Aguilera naturally has a busy schedule, but according to her former staff, they were not even given a glance during the many working hours. “Christina is a bitch. We were completely ignored, she never spoke directly to us and she even refused to look in our direction.”

Entertainment website TMZ once wrote a letter to Aguilera’s house. “Dear personal assistant, we have learned that it must be crazy to be you. We can only imagine what a hell you have to go every day, with endless mixing of latte-mocha-frappuccinos and lean smoothies. That is why we are told that Jennifer Lopez is looking for someone,” it sounded, among other things.

In ‘Snow White and the Huntsman’, Charlize Theron took on the role of the bad queen. According to her staff, that role is very close to its true nature. Her former assistant widely spread the word that she was forbidden to start a conversation with Charlize or look her in the eye. Nor was it allowed to ask or say anything about the children, even though it was her main task to watch the kids. She had to write all her questions on a piece of paper, to which Theron formulated her answers. “It was my most bizarre work experience ever”, it sounded.

Taking care of six children is a full-time job anyway. But according to the French assistant Ana Charlotiaux, Angelina only caused more problems, by always grabbing the bottle. “And if she was in the wind, she would simply lock her six children in their bedroom. I then had to watch movies with them endlessly, until Angelina could show up again,” says Ana. The assistant took Brad Pitt’s ex to court and demanded more than 30 million euros.

It is undoubtedly not a simple task to work for a Kardashian, but apparently half-sister Kylie Jenner takes the crown. That’s what Victoria Gamero claimed, who was hired as a ‘house manager’. Victoria had to make sure that the fridge and pantry were always replenished and that the cars in the garage were constantly spic and span. Victoria won her trust and was later promoted to a personal assistant. As a result, she had to be available 24/7 and ready.

Victoria was also laughed at by Kylie: through Snapchat, Jenner shared a video in which she shamelessly tells her assistant to be able to guess what kind of smoothie she likes. “And when the straw is touched, or it’s too hot, I don’t even touch the drink,” laughed Kylie. Victoria underwent it all with a smile because she is still employed.

Madonna is known to be a perfectionist, but according to her assistant Angela Jacobsen she went very far. Angela was hired as a food consultant, although she was not trained for that at all. She had to register every bite Madonna played inside. “I call her my food police,” the Queen of Pop confirmed in an interview. “What are you eating? Did you drink enough water? Sometimes I think: bitch, leave me alone.” A while later, when Angela announced that she wanted to change work, she was immediately fired and thrown from the estate.

2 thoughts on “Personal assistants reveal: these stars are a nightmare to work for”