Released from prison days ago, Simone Gbagbo, the former first lady of Ivorians has a life intimately linked to the advent of multiparty politics in Cote d’Ivoire as an activist and wife of former Ivorian President Laurent Gbagbo.

Her supporters affectionately call her ‘Mama Simone’ or ‘lioness Abourey’, named after this ethnic group from southern Cote d’Ivoire to which she belongs.

Born June 20, 1946, in Moussou in the seaside town of Grand Bassam, Simone Ehivet is a politician who contributed to the birth of the opposition party that wrote the first pages of multiparty politics in Ivory Coast.

This is the Ivorian Popular Front that was facing the Democratic Party of Cote d’Ivoire led by the ‘sage of Africa’ Houphouet Boigny in 1990.

His life is closely linked to that of ‘comrade’ Laurent Gbagbo who will become her husband.

Daughter of a gendarme and a sibling of 15 children, Simone Ehivet has a rigorous education that will lead her to a school and university path marked by activism and excellence.

In Ivory Coast where she is a teacher of secondary education, she obtained a degree in African linguistics in 1984.

This university career is especially marked by her love for unionism. She is active in several organizations including JEC (Youth Catholic Student), the Lumumba cell, the SYNESCI (Union of high school teachers) or the SYNARES (Union of university professors).

It is also in this university environment bubbling with revolutionary ideas with intellectuals like Bernard Zadi Zaourou when she startef to take an interest in politics.

In this Ivory Coast of Houphouet Boigny where to have convictions contrary to the logic of the single party was considered a crime of lese-majeste, it will join a handful of men to found in 1982 the FPI, in the total clandestinity, with a certain Laurent Gbagbo whom she met in 1973.

This teacher, who has recently emerged from a “military recovery” for her socialist leanings, will become “the father of multiparty politics” after a course marked by imprisonment. The prison, Simone will taste there several times alongside Laurent Gbagbo who becomes in 1989 her husband.

But she will never give up the fight and the values ​​of the FPI carried from birth by Aboudramane Sangare nicknamed the ‘guardian of the temple’, Assoa Adou, Pascal Kokora, Pierre Kipre and Laurent Gbagbo, whom his followers call the ‘Woody de Mama’.

The REIT of the 1980s was not rolling on gold with its mentors who were cruelly suffering from wage freezes and police pressure. Simone Ehivet will pay the price because she will raise the twin of the Gbagbo couple alone while her future husband is in exile. It is also two years after the latter’s return that Cote d’Ivoire organized its first multi-party elections (1990).

Laurent Gbagbo is defeated in the presidential election and Simone fails in legislative and municipal elections in Abobo. But the year 1990 will mark a decisive turning point in the ‘radicalization’ of the FPI which decides to externalize all the social frustrations and grognis long brooded for the Ivorians.

The situation becomes tense between the FPI and the state security apparatus under the orders of Prime Minister Alassane Ouattara and army boss Robert Guei.

Simone and Laurent Gbagbo will be humiliated by beatings in military camps, bullying and imprisonment at the Abidjan Detention and Correctional Center. These years of lead do not break the will of Simone Gbagbo to advance in politics.

When President Houphouet-Boigny died in 1993, the political cards were rebuffed. Alassane Ouattara, now leader of Rassemblement des Républicains and freshly ousted by Henri Konan Bédié, gets closer to Gbagbo and tries with them an alliance under the banner of the Republican Front.

The ideology of both parties and probably the role of Ouattara in the repression of the FPI will not allow the alliance to last. The FPI returned to coal in 1995 without its ally of the RDR, Alassane Ouattara being excluded by the thesis of ivoirité. The party of Laurent Gbagbo triggers an active boycott during the presidential election considered very little transparent, but he takes part in the legislative elections.

It is also during these elections that Simone Gbagbo is elected MP and takes the presidency of the FPI parliamentary group in the National Assembly. Although a minority, the FPI participates in Ivorian political life in a context where it is indignant with the gentrification of the country’s political class and the lack of consideration towards the Ivorians.

Grumbling wins the army, whose chief of staff, Robert Guei, is thanked and momentarily appointed Minister of Sports. It is this retired general who returns to overthrow Bedie in 1999. In the streets of Abidjan, there is talk of a salutary and bloodless coup d’etat.

Did Simone Gbagbo see this coup as an opportunity to take her husband to the presidency? No doubt since it will be particularly active during the presidential election of 2000. Ivorians discover it in another facet. She returns the image of a believer, very pious and does not hesitate to punctuate his speeches of mobilization by passages of the Bible.

Robert Guei, nicknamed Le Balayeur, refuses to leave the presidential palace after the 2000 elections. The announcement of the results is stopped by the military. The FPI’s slogan of storming the streets is widely followed. Simone Gbagbo becomes the lady of Ivory Coast in 2000, but her joy will be short lived.

In 2002, a rebellion broke out in northern Cote d’Ivoire. The REIT must fight again to keep power. And in this fight, Simone Gbagbo occupies a place of choice.

It is at the heart of decision-making mechanisms and mobilizes the foundation for popular support. She, who was in charge of the political formation of the militants during the creation of the FPI, found the arena.

Her simple lifestyle for a first lady will allow her to blend in with the crowd.

Messianic political message to young people and women or mobilization in religious circles, Simone Gbagbo is omnipresent on the political spectrum during the crisis.

Koffi Annan did not hide his intention to invite her to the UN during the work on Côte d’Ivoire in the event of a deadlock in the implementation of the decisions concerning the country. The former boss of the UN probably recognized the influence she had on her husband.

An influence that her critics describe as negative and that would have pushed her husband to cling to power.

The post-election crisis and the prison

The 2010 presidential election that led to a post-election crisis. Simone Gbagbo multiplies meetings while her husband under pressure from the international community is less and less see. She managed to mobilize more than 5,000 supporters at its last big meeting in Treichville, south of Abidjan.

She does not hesitate to openly attack France and the United Nations, accused of supporting the one she calls “the bandit leader”.

The numerous negotiations and mediations for Laurent Gbagbo to give up power are futile.

At each failure, the specter of the intervention of Simone Gbagbo hovers. As the fighting approaches Abidjan, she stays with her husband in a bunker of the presidential palace.

Faithful until the last moment, she is captured with her husband and abused by soldiers. At her trial, five years later (June 2016), she describes her detention at the Golf Hotel. “I myself came up with my buttocks exposed, my nakedness exposed, I suffered several rape attempts in broad daylight and all this in the presence of the French soldiers who were filming”.

Simone Gbagbo, accused of state security offenses, will be sentenced to 20 years in prison. After seven years in lockdown, she is free thanks to an amnesty announced by President Alassane Ouattara.

Incredible facts and lifestyle about kenya 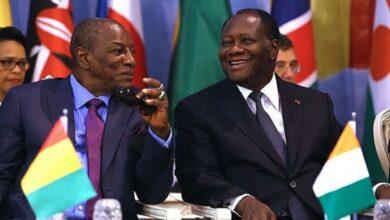 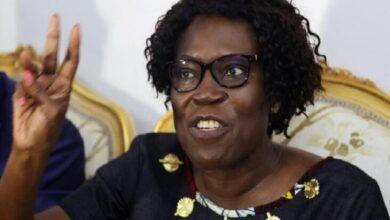 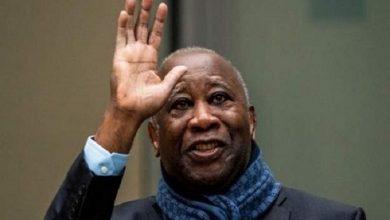 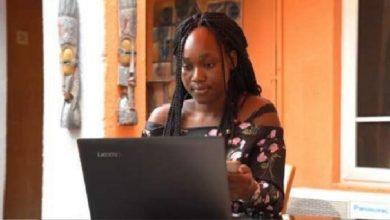