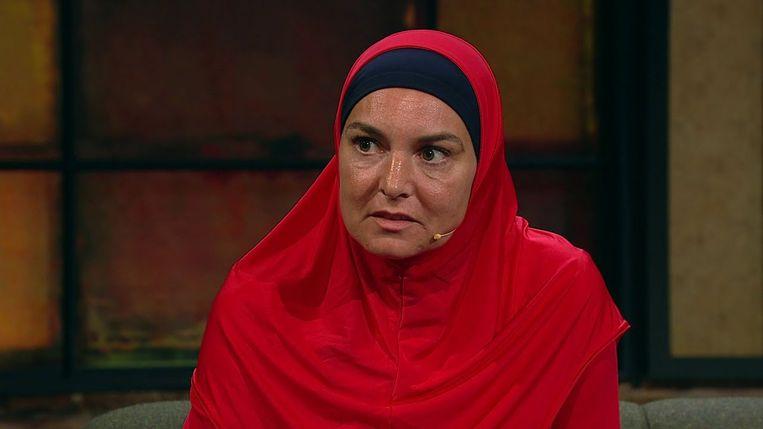 Sinead O’Connor (52) performs again. From now on she will do that as Shuhada Sadaqat after the Irish announced last year via Twitter to be a Muslim. Because of her comeback previous weekend, the singer is again in the spotlight. And so O’Connor thought the time was right to clear her controversial past through several notable tweets.

Sinead O’Connor seriously got angry last year. Just after the singer announced through social media that she had converted to Islam, Sinead remarkably recorded that she no longer wanted to spend time with white people. “I am so sorry,” the Irish singer said on Twitter. “What I’m going to say now is so racist that I never thought I’d get it over my lips. But honestly, I never want to spend time with white people again (if that’s the right term to describe non-Muslims). Not a moment longer, for whatever reason. They are downright disgusting.”

She immediately added a little extra: “Interesting to see if Twitter is going to ban this,” she wrote bitterly. “While people like Trump and Milbank get a global platform for their satanic talk. Forgive me, sometimes the Lord just needs people to do the dirty work.”

Now that O’Connor has made her comeback last weekend and can count on a lot of interest, she wants to come back to her statements. Her racist remarks went down the wrong way with both Muslims and non-Muslims, and that is why the singers now apologize. “As regards to remarks I made while angry and unwell, about white people… they were not true at the time and they are not true now,” she writes on Twitter. “. I was triggered as a result of islamophobia dumped on me. I apologize for hurt caused. That was one of many crazy tweets lord knows.”

Although the singer received the necessary criticism, she could now count on a remarkable amount of understanding from her fans. They offered support to O’Connor through social media and forgave the racist statements. “Everything is forgiven and you are still loved,” it sounded. Or: “Good to see that you are on the right track again. We all struggle with something! Just keep singing” and “Do what works for you. That’s all that matters. It is great to see you overcome this, you look good and happy.”

The Irish wanted to suppress one more misconception. In a Tweet, the singer tells us that she has no blinking light relationship with her faith, although her credibility makes some people frown. “Lots saying I’ve changed religions more than once. Not so,” she defends herself. “I was born into Christianity and I changed to Islam. So that’s one change. For those who have difficulty counting.”

Her conversion, however, remains remarkable: a few years ago Sinéad O’Connor was baptized as Magda Davitt because she had converted to the Catholic faith. At the end of the 90s, she was again a priest in the Orthodox Church. But in 2019 she is a Muslim.