During troubled and challenging times, ruthless dictators often come to power. To strengthen their authority, they tend to inflame the nationalist fervor of the people exorbitantly.

Patriotism and national identity are elevated to a cult. The most exciting and surprising thing about this is that the most famous autocrats in history were not natives of the countries they ultimately ruled. Some of the most famous despots who came to power in a foreign country are further in the review.

The daughter of a German prince, Sophie of Anhalt-Zerbst, grew up in what was then Prussia. Now, these lands are part of Poland. When her distant relative Elizabeth came to power in Russia as a result of the coup of 1741, Sophie’s mother started a correspondence with the new queen, and they got along.

Elizabeth invited 14-year-old Sophie to Russia as a potential bride for her nephew and heir, Peter. The princess, despite such a young age, turned out to be a good girl. She quickly won the favor of the Russian court. Sophie completely immersed herself in the study of Russian culture.

She quickly mastered the Russian language to perfection. The young girl did not sleep at night, practicing pronunciation and replenishing her vocabulary to exhaustion. Once, while dying, she asked not a Lutheran pastor to come to her place but an Orthodox priest.

In June 1744, Sophie, against her father’s will, formally converted from Lutheranism to Orthodoxy. In the new religion, she was renamed, Catherine. She received this name in honor of her late mother, Elizabeth. A year later, Catherine became the wife of Peter. The relationship between the spouses was highly turbulent. Catherine despised her husband, and he hated her fiercely.

When Peter ascended the throne in 1762, he quickly alienated the higher clergy representatives, noble aristocrats, and the military. Catherine skillfully used this. She was scared that her husband might divorce her. The queen supported the coup, as a result of which Peter was killed. Catherine became the woman who ruled Russia the longest. She significantly expanded the country’s borders at the expense of Poland and the Ottoman Empire. History remembered the former German princess as Catherine II the Great. The adoptive country has become more dear to her than her real homeland.

Napoleon Bonaparte was born in Corsica and received the name Napoleone di Buonaparte. This event took place just a few months after France seized the Mediterranean island from the Italian city-state of Genoa. Even though Napoleon became a Frenchman, he did not consider his native France. He called himself in the Corsican manner until 1796.

Napoleon grew up speaking Corsican. He could read and write in Italian; the future emperor did not know French at all. When the boy was nine years old, he was sent to study at school on the French mainland. Despite this, Bonaparte never lost his Corsican accent. Because of this, his classmates laughed at him, and later even the soldiers he commanded.

As a teenager, Napoleon yearned for independence for his native Corsica. In 1786, he wrote that his compatriots were “chained.” “The French have taken away from us everything that is dear to us. These were not sufficient for them; they also badly spoiled our character.”

The thinking of the future ruler of France began to change in 1789. Then the Great French Revolution began. Due to political persecution, his family was forced to flee their home island. After that, Napoleon completely turned his back on the Corsica independence movement.

From that moment on, the “Little Corporal” began to consider himself French. He diligently downplayed his Italian ancestry. Now he pronounced his name exclusively in the French manner. In 1799, Napoleon Bonaparte came to power as a result of a coup d’état. He became famous for his irrepressible lust for power, as a result of which he proclaimed himself emperor and conquered most of Europe on behalf of his newfound country.

The future bloody dictator was born in a provincial Austrian town bordering Germany. In his youth, Adolf Hitler traveled a lot. He loved to spend time in Germany. Hitler lived in Vienna for several years. There he worked as an artist. Forever Adolf left his native Austria in 1913. Some historians claim that he left because he did not want to serve in the army. The contradiction may be that Hitler did help. During the First World War, he served in the ranks of the German military. Later, the leader of the nation will say that he never really felt like an Austrian. He always felt and considered himself a German.

After joining the Nazi Party, Adolf Hitler ended up in jail after the botched beer putsch of 1923. The German authorities tried to deport the prisoner to his homeland. The Austrian government flatly refused to accept it. To avoid any deportation procedures in the future, Adolf, having freed himself in 1925, renounced his Austrian citizenship. For seven whole years, Hitler was a man without nationality. He officially became German only in 1932. For this, he took a job in Braunschweig. Hitler became a civil servant – this automatically allowed him to obtain citizenship. In the same year, he ran for election.

Adolf Hitler did not even have time to be a German for a year, as he was appointed chancellor. Thus began twelve long and terrible years of Nazi rule. Hitler was responsible for tens of millions of lost lives.

Joseph Vissarionovich Stalin at birth received the surname Jughashvili. He was a native of Georgia. This Caucasian region was incorporated into the Russian Empire. In many ways, Joseph was like Napoleon in this respect. The future dictator spoke exclusively in Georgian. He learned Russian at the same age as his colleague Bonaparte French. Like a Corsican, Stalin did not lose his strong Georgian accent to death.

Joseph Jughashvili was indignant when he was forced to speak Russian at school. He was very fond of Georgian literature. Most of all, the young freedom fighter was impressed by the novel about a heroic bandit named Koba. He fiercely fought the hated Russians. Just as Napoleon Bonaparte abandoned the dream of seeing Corsica independent, Jughashvili stopped fighting for the independence of Georgia. This was done to win the favor of the Bolsheviks. From that moment on, Joseph turned more and more to Russia. In 1912 he changed his name and became Stalin. Around the same time, he wrote an essay. The future leader argued in it that Georgia was not an ancient nation and needed to be redirected “into the general channel of a higher culture.”

In 1921, Stalin was one of the organizers of the invasion of Georgia. This helped the Bolsheviks to take complete control of their homeland. The short period of independence has come to an end. Two years later, Stalin brutally suppressed an anti-Soviet uprising there. During the Stalinist purges of the 1930s, his compatriots may have suffered even more than in any other Soviet republic. Thousands of Georgian officials were shot, including 425 of the 644 delegates who attended the 10th Congress of the Georgian Party in 1937. Georgians also found themselves among millions of other people who were forcibly resettled to remote regions of the USSR. Many of them died en route to their future place of residence.

In a way, Stalin retained a specific Georgian identity. But he firmly considered Russia “the most Soviet and most revolutionary” of all the republics. Joseph Vissarionovich strove to implant Russian culture everywhere. He authorized the teaching of the Russian language in schools. At the same time, it was allowed to teach other languages.

For the Soviet state, Stalin became like the Russian tsars Ivan the Terrible and Peter the Great. In 2013, a survey was conducted among the population of Georgia. He showed that despite all the anti-Georgian actions of Joseph Vissarionovich, 45 percent of Georgians have a positive attitude. 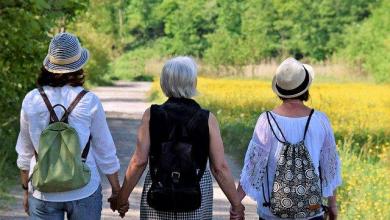 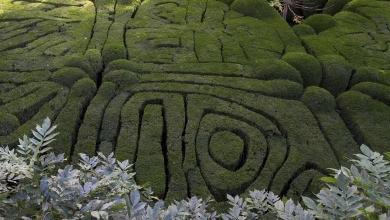 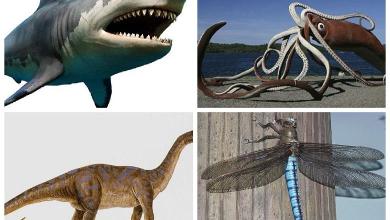 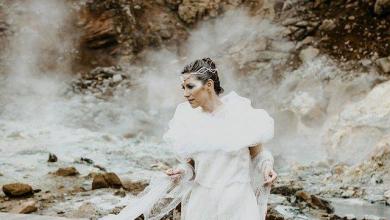