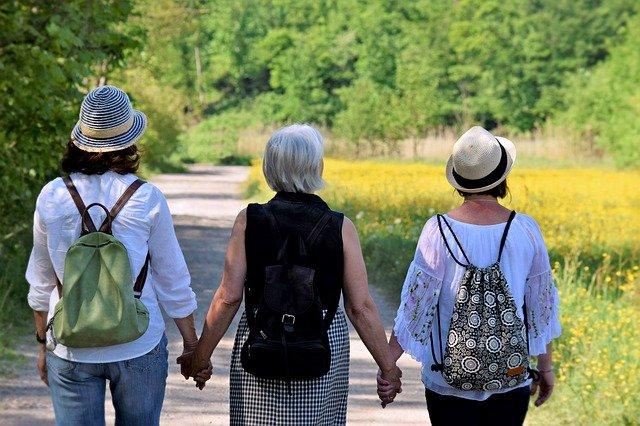 In the small Polish village of Miejsce Odrzańskie on the country’s southwestern border, the boy was last born nine years ago! For ten girls, there are not nine guys, and not even one, but much less. Most of the village, which is very modest in terms of population (328 people), are women. The town is famous for its all-female fire brigade.

According to the records in church books, the mayor of the village, Raimund Fritschko, has two daughters, says that this strange phenomenon has been going on for more than a decade. The official promised a generous reward to those parents in whose family a male heir will be born.

Old-timers Meijsce Odzhanskie says that it has always been this way. Only girls are constantly born. The appearance of a boy in the local family has always been an extraordinary event. Nobody knows the explanation for this mysterious phenomenon.

Although the fertility rates for boys and girls are pretty similar, statistics show that there is, in fact, a slight bias towards male infants. All over the world, there are generally between one hundred and one to one hundred and five boys per one hundred newborn girls. Unless, of course, your homeland is Meijsce Odzhanskie.

This bizarre fact gained media attention after the village sent a team of young volunteer firefighters to the competition. There is one man in the group – its leader, Tomas Golasz.

Since then, the village has been attacked by TV people eager to find out the nature of the strange sexual injustice. Also came various doctors and other scientists interested in studying this mysterious phenomenon. The village was visited by many charlatans who claim that they know the most reliable way of conceiving a male child. It even came to advise very, very strange, for example, such as putting an axe under the marital bed.

“This has been going on for at least several decades,” Tomas Golaz said, “I moved here from another place. My wife is from this village. We had two daughters; my neighbour also has two girls. Sometimes it seems to me that boys are never born here at all.”

News of an unusual village recently attracted Professor Rafal Ploski, head of the Department of Genetics at the Medical University of Warsaw. He believes that it is necessary to research the historical records and answer this riddle carefully. The professor claims that it is essential to check whether closely related marriages were concluded here to ask residents. Then you need to monitor the ecological situation.

It was reported that the village of Miejsce Odrzańskie was German territory until 1945. After the ending of World War II, it became Polish territory within the USSR. Local Germans were forcibly evicted. Extremely curious: did they have trouble giving birth to boys?

The villagers themselves are not at all sure that there is a medical cause for this gender anomaly. Some are convinced that this is just a chain of accidents. It can be compared to tossing a coin. If you throw it many times in a row, there will be the whole series of the same results.

And finally, a miracle happened – a boy was born in the village. The whole town sees in this a ray of hope for further survival. After all, the population is slowly but steadily declining. Young women get married and leave.

Bartek Milek was born May 2, 2020. Anna and his mother stayed in the hospital longer than is usually required because the boy had elevated C-reactive protein levels that need to be treated with antibiotics. This required constant monitoring and close supervision by medical personnel.

However, Anna says that she is no longer afraid because the birth of her son is a double miracle. Not only is he the first boy in 10 years to be born in their village, but she has had a lot to go through. She underwent a severe operation, thanks to which she subsequently managed to have a successful pregnancy. For this, They even had to raise funds since the complex process was costly.

The mayor did not forget about his promise to reward the family where the boy is born. Perhaps a street in the village will even be named after the boy. Also, the spouses are waiting for another magnificent celebration and a monetary gift. Due to quarantine and the health of the child, this will have to be postponed. The solemn event was limited to congratulations at the office of the mayor of the village and the presentation of a check for 1,500 zlotys. Residents bought flowers and balloons. Mom, dad and baby were presented with anniversary T-shirts with memorable inscriptions.

Anna says that she was madly dreaming of a son. Moreover, her mother has two daughters and two granddaughters. This child was very desirable for their entire family. And for all residents. Neighbours constantly congratulate them and looking into the stroller; they cannot take their eyes off. This is such a pleasant surprise for everyone! At the same time, Anna understands that the time will come when her family will attract a lot of media attention due to the birth of Bartek. She is ready to meet this with a smile, but for now, she asks not to annoy them too much to enjoy her double miracle in the family circle.

The main questions of concern for many are: will the boy join the famous local fire brigade ranks in the future (after all, it has become a kind of advertisement for Meijsce Odzhanske) and whether boys will still be born in the village. Until the solution to the first question is far away, and the answer to the second is unknown, living in the town goes on as usual.