In Africa, Pilot’s act of suicide was put under the microscope. Although it is not common, there is a history of suicide-by-pilot that makes the reading disturbing.

On 29th of November, 2013, while en route from Maputo International Airport to Quatro de Fevereiro Airport in Luanda, Angola, the captain of the TM470, Herminio dos Santos Fernandes, modified the aircraft’s autopilot to steer the aircraft directly into the marshes of the Bwabwata National Park in Namibia.

As in many other pilot suicide incidents, Fernandes locked himself inside the cockpit to crash the plane without resistance. When the plane finally crashed after falling from 12,000 meters (38,000 feet) to 180 meters (592 feet) and losing speed, all 33 people on board died.

While LAM is not a well-regarded airline in the world and is banned from flying in Europe, the crash of Flight 470 was the airline’s first significant accident since the 1970s. To date, Fernandes’ motives have never been clear. At best, people were left to assume that the pilot was suffering from domestic problems and the resulting in depression.

In a suicidal mission, pilot Chris Phatswe destroyed all but one of Air Botswana’s planes. On 11 October 1999, Phatswe took command of an ATR Aerospatiale 42-320 and took off from Gabarone’s Sir Seretse Khama Airport.

For nearly two hours, Phatswe circled the sky alone before radioing the control tower with the announcement: “I intend to kill myself”.

After a long series of conversations that included Phatswe getting an audience with the Vice President of Botswana, he crashed the plane on the tarmac, killing himself and taking two more ATR-42s.

A few hours after the accident, newspapers around the world described Phatswe as “displeased” and angry at Air Botswana officials for suspending his flying privileges because of his poor health. Others highlighted problems such as depression and general mental illness. Even today, Phatswe’s motives have never been entirely determined.

These 3 deadly serial killers were caught in Africa in 2019 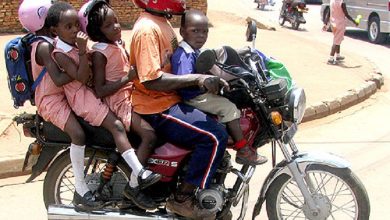