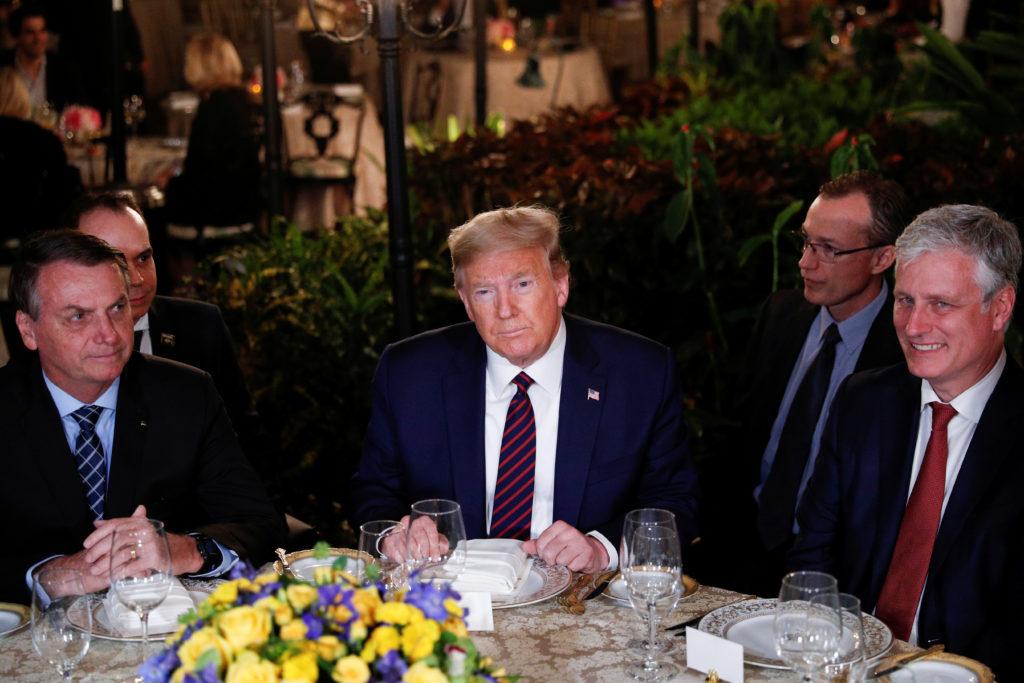 US President Donald Trump had dinner on Saturday with a man who now appears to be infected with the coronavirus. It is Fabio Wajngarten, communications officer of Brazilian President Jair Bolsonaro. On Saturday, they sat at the table with Donald Trump.

Bolsonaro and Wajngarten met with Trump during their visit to the US. The Brazilian president’s spokesperson even posted a photo of it on Instagram, reports news agency Reuters. He met Trump on Saturday night over dinner at Trump’s Mar-a-Lago club in Palm Beach, Florida. Brazil had already informed the US authorities of an initial positive test.

“I’m not worried,” Trump told reporters about his exposure to the coronavirus. Trump and Vice President Mike Pence had barely any contact with Wajngarten, according to the White House. “It is not necessary for them to be tested.” When Trump met Irish Prime Minister Leo Varadkar today, he did not shake his hand. That’s what they chose, according to Trump. “A very strange feeling,” said the American president.

Bolsonaro himself is also being watched closely, but he has not yet been tested for the virus.

Republican Senator Rick Scott also met Bolsonaro and quarantined himself as a precaution. “I met President Bolsonaro on Monday. I don’t think the infected person was there. In consultation with the Senate physician, I have been told that there is little risk to me and that I do not need to be tested. However, the health of the American people is paramount to me, and that is why I have decided to remain in quarantine for the time being.”