A lucky puppy! When Bob Hoelter passed by a bridge, he heard a sound that he could not immediately bring home. It was a kind of wailing that prompted him to take a look. What he found underneath the bridge was heartbreaking: a frightened puppy with a closed mouth.

The man from the American state of Indiana then did everything to save the four-legged friend and with success. The puppy’s gratitude was immense.

Bob Hoelter wonders whether a divine intervention was involved last month on that cold winter evening in the city of Griffith. “That night I decided to go to the store exceptionally on foot, while I normally always take the car. And then everything could have gone completely different,” says Bob.

When the American crossed the bridge, he heard a sound. He stopped, then he heard it again. It was the saddest thing that you could imagine. “I looked at the water, but did not see anything.”

The screaming went on and seemed to come from under the bridge. Determined to help, Hoelter crawled down in the dark on all fours, not knowing what he would find. He was certain of one thing: someone needed his help.

“Fortunately, I always have a flashlight with me. When I came downstairs, I shone with the flashlight and finally saw him sitting.” It was a little trembling puppy, but Bob could barely contain what he then saw: the mouth of the animal was completely sealed. The man realized that he had to act quickly now. “I wrapped it in my coat and crept up again. The man took the puppy to the local veterinary clinic. There the animal immediately got the best care. Bob saw that the four-legged friend was in good hands and continued his way to the store.”

Staff at the veterinary clinic discovered that the dog had a broken leg. They also assume that the puppy was thrown off the bridge – only he did not end up in the water as planned, but on the other side. “I had never seen anything like that during my thirty-year career,” wrote Lori Kovacich, who manages the animal clinic, on Facebook.

Her post attracted the attention of many local residents, including Doug and Mary Witting. The husband and his wife recently lost their beloved dog and had sworn that they would not soon take a new dog again – until they read the sad story of the puppy with the muzzled mouth.

“That cute little dog needs us and we need him,” the couple thought. The couple met him, immediately loved him and decided to adopt him. He was given the name ‘Louie’.

While the future of little Louie looked bright again, they did not know who exactly saved the dog because the staff of the veterinary clinic had not recorded the data of his savior. Fortunately, a relative of Bob had seen the Facebook post and a reunion could still be organized.

During the emotional moment, little Louie turned out to be happier than ever when he recognized his hero. “I was perplexed when he immediately approached me,” Bob said. Louie thanked his savior with countless ‘kisses.’ Bob, in turn, answered the kisses with lots of cuddly toys. It was catchy to see. Bob is very pleased that ‘his’ Louie found such a wonderful new home. “The stars were just favorable that evening. It had to be like that,” he concluded.

Amazing: Escaped dog boards train to return on its own 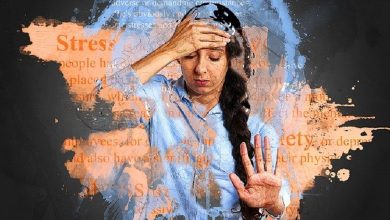