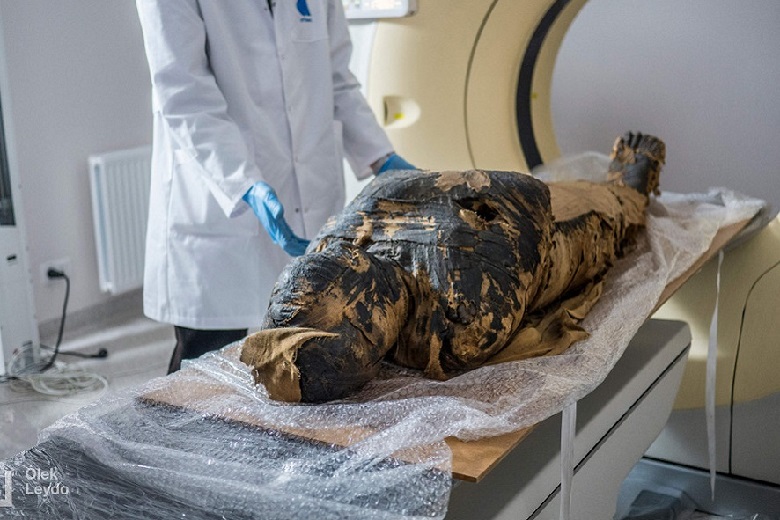 The history of humanity keeps many more secrets and mysteries. Its researchers make at least one unique and sometimes even sensational discovery almost every year. In some cases, the research of archaeologists forces scientists, if not to rewrite completely, then make significant adjustments to the textbook history of human civilization. This article will tell you about the 5 most important archaeological finds made over the past decade.

In early fall 2019, the Egyptian Ministry of Antiquities announced one of the most significant finds in over a century. During excavations carried out in and around Luxor by groups of archaeologists accredited by the Egyptian government, three dozen wooden coffins were discovered. All of them were brightly painted and perfectly preserved.

Egyptologists, who studied the find, found mummified bodies in coffins belonging to 23 adult men, 5 women, and 2 young children. Approximately 3 thousand years – this is, according to preliminary estimates of experts, the age of thirty mummies found in the Egyptian Luxor. Consequently, they all lived in the so-called “Early Kingdom” era, which was ruled by the pharaohs from the first, Thinis dynasties.

Currently, scientists continue to study the find. Especially Egyptologists were interested in the drawings on the coffins of scenes from the Egyptian “Book of the Dead” and images of the gods. Most researchers agree that some of the mummies found are the remains of ancient Egyptian priests and clergy.

Scientists hope that this archaeological find will shed light on several questions regarding the Egyptians’ ancient posthumous and burial rituals. Including the features of the tomb of people, depending on their status, age, or gender.

In the summer of 2017, in one of the karst caves on the island of Sulawesi in Indonesia, scientists stumbled upon an unusual rock painting. It took researchers almost two years to fully decipher and understand the essence of this figurative “artistic canvas” of 4 and a half meters in size.

In early 2019, a group of scientists studying a drawing in an Indonesian cave, applied about 44 thousand years ago with a dark red pigment, published their report. According to him, the ancient people who lived here depicted a mystical scene – 8 strange creatures are hunting for six animals. And their strangeness lay in the following: in the appearance of the creatures, both the features of a man and wild animals are distinguishable.

The researchers, pointing to these images of “therianthropes,” which combine human and animal traits, came to an exciting conclusion. In their opinion, the rock paintings in the cave of the Sulawesi island are the oldest images of mystical beings in the history of humankind – werewolves. This proves the fact that ancient people already could imagine creatures that cannot exist in nature.

In addition, the Indonesian find thoroughly refuted the theory of the gradual evolution of Paleolithic art. According to which rock art with images of animals and people is a kind of graphic storytelling, began to appear after the so-called “35-thousand-year redistribution”. Indeed, before discovering Indonesian rock paintings, the oldest were considered such images of 21 thousand years old.

Back in 1889, the grave of a noble medieval warrior was found near the Swedish town of Birka. A human skeleton rested next to 2 horses and a lot of expensive weapons. For more than a century, it was believed that the remains belong, if not to the king (leader), then to some nobleman. Until 2017, scientists did not conduct a DNA analysis of the “Viking from Birka.”

The study showed that the skeleton found more than a century ago is the remains of a woman. Thus, scientists have once again proved that women sometimes fought with men in the Middle Ages in the Scandinavian tribes.

However, after two years, in 2019, a group of Polish archaeologists who worked on excavations in Scandinavia made a loud discovery, proving that female warriors in the Middle Ages were not an exception but rather a simple pattern. And not only among the Viking tribes.

Researchers have discovered more than 30 burials of medieval “Amazons.” The most significant interest among scientists was aroused by one of them – on the island of Langeland in Denmark. Next to the woman’s remains in the grave, there was a battle-ax, which, after examination, was identified as a weapon of origin from the regions of the southern part of the Baltic.

This allowed the scientists to assume with a high degree of certainty that the female warrior they found was by no means a Scandinavian. Most likely, she belonged to one of the West Slavic tribes who lived at that time on the shores of the Baltic Sea – Lyutichi, Udrishi, or Pomeranians.

At the end of 2019, British scientists from Dandy University (Scotland) carried out a computer reconstruction of the face of one of the medieval women warriors, whose grave was discovered in the same year in the southern region of Norway. The head of the “Amazon” rested on a wooden shield, and there were many weapons next to the remains. In the frontal part of the skull, scientists have recorded an impressive scar. Experts consider it to be a trace of a wound in battle.

All these findings fully confirm the integrity of the medieval Scandinavian sagas, which tell about the numerous female warriors of that time.

The first homo sapiens in Europe

According to scientists’ most recent archaeological finds during excavations in Morocco, the modern human species, homo sapiens, has existed on the planet for at least 350 thousand years. People began to leave their “cradle” – Africa, and begin to conquer other continents about 70-55 millennia ago. This was considered until 2018 when scientists identified the find of archaeologists on the Israeli Mount Carmel – a human jaw.

It was dated at about 176-194 thousand years. But this discovery of the first attempt at the exit of homo sapiens from Africa lasted only a year. In 2019, using modern technologies, scientists were able to virtually reconstruct two skulls of ancient people, incomplete fragments discovered by archaeologists in the Greek cave of Apidima in the late 1970s. One of the skulls (called Apidima 2), whose age was 170 thousand years, belonged to the “indigenous inhabitant” of the European continent – the Neanderthal.

The reconstruction made the natural sensation of the skull of Apidima 1. Studies have shown that its age is no less than 210 thousand years. And most importantly, this skull belonged to “Homo sapiens.” From this, the first attempts of homo sapiens to settle on the planet began more than 200 thousand years ago.

And although they were not successful (later, only Neanderthals lived in the Apidima cave), after 150 thousand years, nothing could stop the world expansion of the ancestors of modern people.

Evidence for the biblical story of the destruction of Jerusalem

At the end of the summer of 2019, scientists managed to make one of the most significant discoveries in history in the field of biblical archeology. During excavations on Mount Zion in the southwestern part of the Israeli city of Jerusalem, scientists from the United States proved the Old Testament story of the complete devastation of the city, sacred for three world religions, by the army of Babylonian King Nebuchadnezzar II.

Archaeologists have discovered several prominent epicenters of conflagrations with relatively thick layers of ash, as well as arrowheads and spearheads. In addition, at the excavation site, scientists found broken lamps and other household items of that era. This fact indicates that any further explanation for such chaos, other than the storming and seizure of Jerusalem by enemy troops, can easily be discarded. After all, all the artifacts that the researchers discovered were within the walls of the city. Therefore, the battle took place inside Jerusalem.

In the Old Testament Book of Kings, this period is described as a somewhat “dark time” for the holy city – exactly 6 centuries BC, according to biblical stories, the troops of the Babylonian ruler Nebuchadnezzar II, after the siege, took Jerusalem by storm, plundering and almost destroying it. The jewels found during archaeological excavations testify that a wealthy nobility already existed in the city. Which also wholly coincides with the biblical texts.

Sometimes even a seemingly insignificant archaeological find can become the beginning of a real scientific discovery or even a sensation. And who knows, maybe with the development of modern technologies, very shortly, researchers will be able not only to unravel all the secrets of history but also to rewrite it altogether.