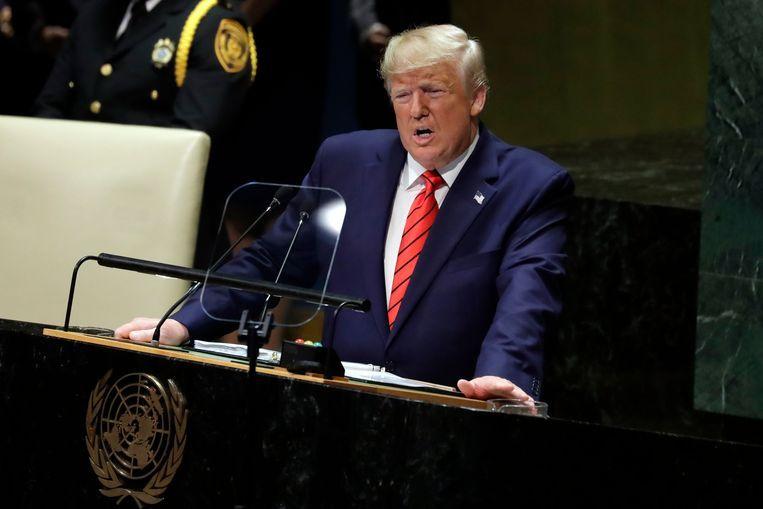 The Chinese Government has rejected the statements made by US President Donald Trump, who, at the UN General Assembly, called for Beijing to respect Hong Kong’s freedom. He also called for the ‘abuse’ to be stopped at the level of trade.

The spokesman for the Chinese State Department, Geng Shuang, complained about the ‘false statements’ made by the US. In the gallery of the General Assembly, Trump said he was following the situation “very closely” in the British ex-colony, which rejoined China in 1997. For three months there have been loud protests against the influence of Beijing.

“The world has a firm expectation that the Chinese Government will respect its binding treaty, which it has concluded with the British and which has been ratified by the United Nations. In that treaty, China is committed to guaranteeing Hong Kong’s freedom, its legal system and its democratic way of life,” said the President.

The Chinese spokesman called the statements ‘irresponsible’. He reiterated that the autonomous region is strictly ‘an internal affair of China’. “No foreign state, organisation or individual has the right to interfere. It is in no one’s interest, including that of the US, to make a mess in Hong Kong.”

Trump, who announced a trade war with China last year, also accused the country of yesterday “trade abuse”. He would not accept a bad agreement with Beijing. Geng responded with the call to the US to “take a step” to Beijing. He asked to resolve the disagreement “on the basis of mutual respect”.