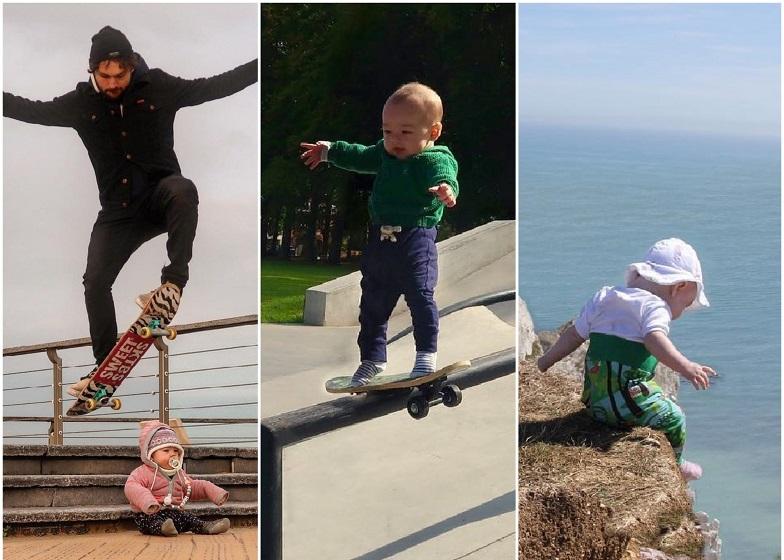 A Belgium daddy, Kenny Deuss, posted some unique photos about his daughter Alix (1,5). Because his girlfriend often asked him to send him a picture from work to see that their little girl was safe when daddy was looking after her. He decided to give it a twist. He shares a hilarious result with everyone on social media.

Funny photos: while working on the electricity in the house, Alix working with a wood saw, climbing into the refrigerator, walking around with a rifle on her shoulder, or crossing a deep ravine on a rope: Kenny shows it all. “To be clear: all photos have been edited,” he laughs.

“I trained with Photoshop, but I didn’t take it any further,” says the man, who is responsible for concert work in a youth center and now, unfortunately, doesn’t have a lot of work during the crisis.

“When we had our daughter, and my girlfriend had to go back to work, she kept asking me in messages if I could send a photo, so she knew Alix was safe. Then I decided to make something nice out of it. Each time I showed our daughter in a different dangerous situation.”

Fortunately, his girlfriend quickly realized that the photos were not real. “She thinks it’s genius. The first time, she probably doubted a bit, whether it was real or not. But usually, I make the photos in such a way that it’s just a little too thick on them. But the intention is that you hesitate for a while”.

In the meantime, it became a habit. “I now take a picture every week. In many photos, I just hold Alix and then cut myself away. Then I add a specific decor to create a dangerous situation.”

You can see the result on the Instagram page on an adventure with dad.