In the process of globalization, the national culture of this or that country is often lost, and small tribes disappear entirely from the earth’s face.

Many people want to see the life of the few remaining peoples in other tribes. Also, it should remember that few tribes are ready to host guests, and in our selection, you can find out about them.

Some of the exotic tribes to visit

Women of this tribe wear dresses in the fashion of the late 19th – early 20th centuries: wide skirts, loose sleeves, unusual patterns. On the head is a handkerchief folded in a unique way, similar to a cocked hat.

Men can found in German military uniforms of the early twentieth century. They believe that such clothing transfers the strength of the Germans to its owner.

The fact is that at the beginning of the twentieth century, German colonial troops killed 80% of the Herero (approximately 65 thousand people) during the suppression of the uprising. The current number of people is quite numerous – about 240 thousand. Herero is usually engaged in cattle breeding and handicraft. The attitude towards tourists is friendly.

This tribe lives in Ethiopia; its population is just over seven thousand people. The tribe considers to be wealthy – it breeds livestock and does not experience any problems with food. The less affluent tribes living in the neighborhood are either on the verge of extinction or live off humanitarian aid.

Tourists began to visit the Mursi lands frequently, and some natives started to use this: for example, they might ask for money for a photo with them. It is essential to show your peace-loving attitude: give some gifts – for example, razors. Treating you will immediately become like a guest of honor. Also, tourists advise going to the little-known settlements of Mursi, which have not yet been spoiled by visitors’ attention and are not tired of foreigners.

Mursi is widely known for their looks. These are especially true for women – they insert a porcelain disc, sometimes called a plate, into their lower lip. Several versions are explaining this feature. The most popular one says that hundreds of years ago, in this way, the tribe wanted to make their women less attractive in the eyes of slave traders. The larger the plate, the more beautiful and respected the woman is by the tribe. Saucers are inserted only for important reasons – for the arrival of guests, for the holidays.

Another distinctive feature of Mursi is the patterns of convex dots on the body. Cuts made on the skin, where ash pour. Therefore, by the way, the tribe values sharp blades as gifts.

The Fox is a big nation – more than seven hundred thousand people. Some of the settlements are located in China, the rest in Myanmar, India, and Thailand. The Fox’s ancestors came to these lands from Tibet, and for hundreds of years, the way of the tribe has not changed. The family takes the leading role in their lives. Men are allowed to have multiple wives, so Fox’s families are numerous.

Unlike Hamer and Mursi, Foxes do not practice rituals that are wild in understanding a modern person. And although foxes are generally quite shy, they always make foreigners feel welcome.

Foxes lived mainly through the cultivation of opium, which in these places serves as a cure for many diseases. But now they switched to tourism and the cultivation of other plants – for example, corn. Agriculture carries out using the slash-and-burn method, which is practically not found anywhere. This method destroys the soil in several years, and the Fox often forces them to look for a new place to live.

From the more civilized Herero and Fox, we return to the subsequent creepy rituals and traditions. The Indonesian Mentawai people have specific ideas about female beauty. It is considered a spectacular “smile of a shark” – pointed teeth. It looks unusual until you think about how the teeth get this look. It’s simple: they are cut out and chipped off.

Mentawai respect nature, trying not to cut down trees in vain and not kill animals unless necessary. The tribe is tourist-friendly and enthusiastic about its traditions. Suppose the Herero and the Fox seem too “civilized,” and the soul does not lie for a trip to Ethiopia. In that case, the Mentawai tribe will be the best choice for an exotic journey – a good attitude towards strangers ensures that you will not need anything.

Another Ethiopian tribe, more numerous than the Mursi – about thirty-five thousand people in the population. Hamer also quickly realized that tourists bring not only trouble but also money along with gifts. Prepare to pay for the photos; the Hamers have not heard of the right to shoot in public places.

The people are considered very friendly to tourists compared to Mursi. But in any case, you will be accompanied by a person who knows the language of the tribe and the rules of etiquette.

Here, women don’t wear a plate on their lips, but their backs cut with scars. The number of wounds speaks of respect and honor among men. A ritual precedes this: the women all night drink something like beer, made from the sorghum plant’s grains. Then they need to piss off the men who will hit them on the back with rods.

Men’s life is also not easy: to undergo the initiation ceremony when a teenager becomes a man in the eyes of the tribe; you need to run four times on the backs of the bulls. The difficulty is that the bulls are not tied, and the animals can disperse themselves. If you lose, you will have to wait an entire year for the ritual to repeat itself.

Primitive tribes: some uncontacted tribes in the world 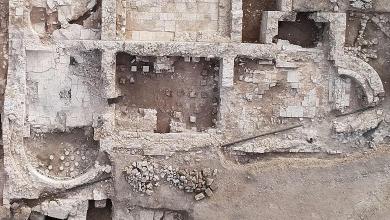