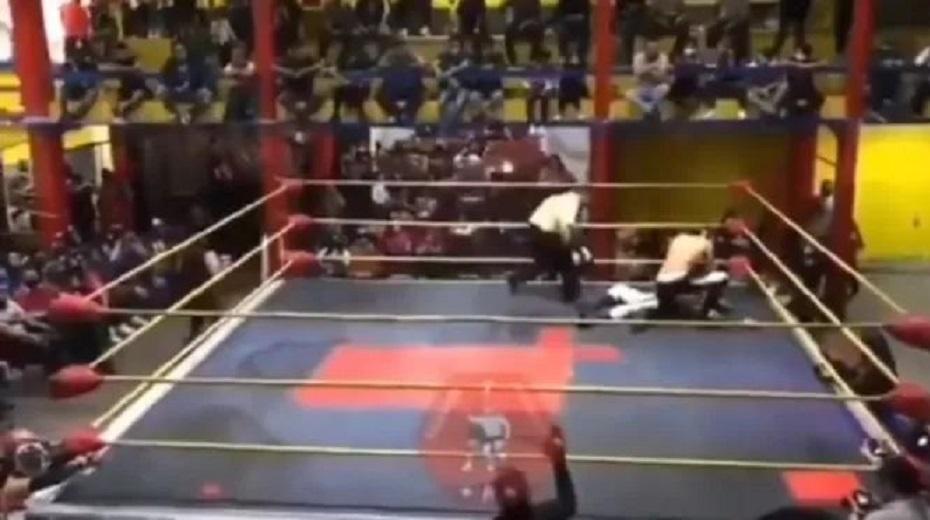 A Mexican wrestler died in the ring on Saturday. The barely 26-year-old ‘Principe Aereo’ (‘Air Prince’) suffered a heart attack during the match. Other sources speak of a stroke.

According to local media, Aereo (real name Luis Angel Salazar) went down after a punch and two-staged blows to the chest. He waited for his opponent after walking towards the ropes of the ring to get launched. Aereo suddenly fell to the ground. His opponent and the referee immediately took a look.

Images show how Puma De Oro crawled into the ring and still attacked the opponent. Was this out of frustration, or was he not aware of the seriousness of the situation? Ambulance workers took the man in his twenties to the hospital, but he died on the way.

‘Air Prince’ started his wrestling career at the age of sixteen. He entered the ring three times last year for camps in the Lucha Libre AAA Worldwide, the highest Mexican professional wrestling promotion.

Many wrestlers commemorate their twenties on social media and leave messages of mourning.

Last year, 51-year-old Silver King died during a wrestling match in London. He went into cardiac arrest and died in the ring.