Contrary to what British Health Minister Matt Hancock claimed on Wednesday, there is no evidence that the South African variant of the coronavirus is even more contagious than the variant circulating in London and the south-east of England for several weeks. That is what South African infectious disease specialist Richard Lessells, of research institute Krisp (University of KwaZulu-Natal), told the British newspaper The Times on Thursday.

Hancock’s statement during his press conference on Wednesday surprised Krisp researchers. During that press conference, Hancock discussed the South African variant, of which two cases have also surfaced in the United Kingdom. Hancock said there that variant is even more contagious. That is why action had to be taken quickly, and London did so by restricting flights from South Africa, among other things.

The Krisp researchers’ work was essential for the discovery of the South African variant in the UK. They have been investigating samples of the virus since the start of the pandemic.

On December 4, South Africans shared the discovery with the World Health Organization (WHO). “This allowed our British colleagues to access their databases and, based on our work, check them,” Lessells told the Times.

A British expert, a molecular virology professor in Nottingham Jonathan Ball, confirms to the Canadian newspaper The Globe and Mail that it is not clear that the South African variant is more contagious. 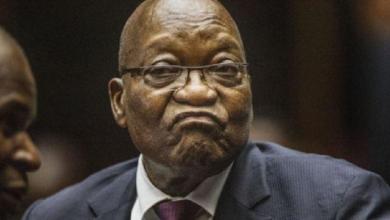 Court asks ex-president Jacob Zuma to determine its own sentence