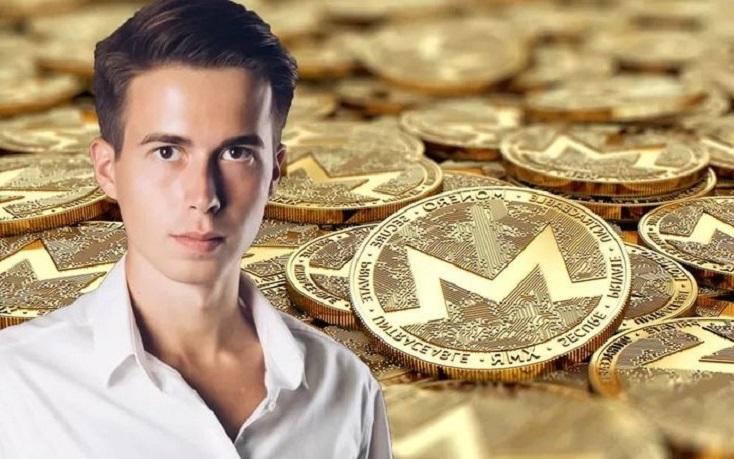 A 19-year-old politician from Ukraine appears to have more than 22 million dollars worth of crypto coins. This came out during an anti-corruption procedure. In addition, Rostislav Solod (19), son of two national MPs, had to declare his real estate because he would sit on the municipal council of the city of Kramatorsk.

Rostislav Solod is the son of Yuri Solod and Natalia Korolevska, two national parliamentarians in Ukraine. The young man entered politics this fall, just after graduating from high school. In his mandatory ownership declaration, which is part of an anti-corruption proceeding, he stated that he owns 185,000 Monero (XMR). That is converted to more than 22.5 million dollars.

All other things he reported, such as real estate and cars, are actually his parents, according to Coindesk. Solod would have bought the crypto coins in December 2015, at a much lower price at the time. He was 15 years old at the time and should have spent about $ 75,000 around that time to get to $ 22.5 million at the current rate.

In an interview with Coindesk, Solod claimed that since 2014 he bought Monero with money his parents gave him for a business project, which never got off the ground.

Ukraine is currently trying to work out legislation on the regulation of crypto coins. “For me, as a young entrepreneur, I didn’t think that was positive at first,” says Solod. “I saw crypto coins as a kind of free zone with which everyone can do everything. But as a politician, I understand that it might be better to have legislation. This will bring money to the country

and is better for fighting corruption.”

In addition to his work as a councilor, Solod also studies economics in London. Due to corona, this is currently done remotely. That he chose politics makes sense, according to him, since both his parents are also practicing that trade.