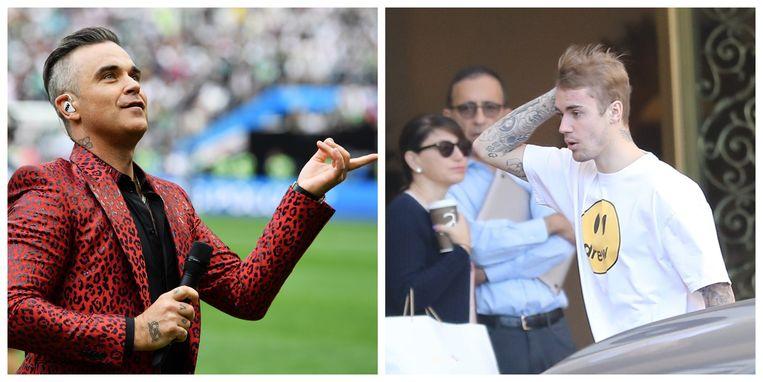 “If this post gets 20 likes, I will release an album before Christmas.” Singer Robbie Williams (45) says that on his Instagram page. He makes fun of his colleague Justin Bieber (25), who previously announced via social media that he is launching an album when he collects 20 million likes.

It’s no secret that Robbie Williams likes to play a joke. This time Justin Bieber was a victim of service. The ‘Angels’ singer, namely, imitated an earlier Instagram post of ‘Biebs’ in which he asked for 20 million likes. If he reached that number, the pop star would release an album before Christmas.

In precisely the same style, with a pink image, Robbie ensures that he already releases an album with 20 likes. He could have raised the bar a little bit because the singer is already ticking almost 61,000 with his joke.

Robbie had already announced his album for a long time. The album, entitled ‘The Christmas Present’, will be in stores on November 22. Justin has not yet achieved his 20 million likes. After eleven days, the counter is at 11.7 million.