The drama surrounding the coronavirus is growing above and beyond the heads of countries, Italy and Spain. Emergency hospitals have to compensate for the shortage of beds, and supplies are running out.

Healthcare in Spain can no longer cope with the number of patients. In intensive care units, the staff stands with their backs to the wall. The military has been called on to set up a 5,500-bed field hospital in a convention center in Madrid. Hotels are also set up as an emergency hospital. Their patients are accommodated without severe breathing problems.

“Healthcare in Spain is not designed for this national tragedy,” said Dr. Olga Mediano in Guadalajara. “We cannot maintain this. We run double shifts. We will get through this week, but after that, the situation must definitely improve. We are professionals, but the pressure, also emotionally, is getting too much.”

After China, Italy, and Iran, Spain is the hardest hit by the coronavirus outbreak. More than 1,720 people have since died. The number of infections is 28,572. Prime Minister Pedro Sanchez wants to extend the state of emergency by fifteen days. He tells the population that ‘the worst is yet to come’.

His British colleague, Boris Johnson, also used big words. He warns the public that British health care (NHS) can be “overwhelmed” just like it is in Italy. With this, Johnson indicates that it will certainly not remain with 233 fatalities in Great Britain. “The number is increasing quickly. We are two weeks behind Italy,” said the prime minister. He, therefore, calls on the population to respond better to the call to stay at home and to stay away from others. “If not, there is a chance that we will chase Italy,” said Johnson.

His government is working closely with the corporate sector to address medical equipment shortages, has closed schools, and has also ordered restaurants, cinemas, and pubs to close. He calls on everyone not to celebrate ‘Mothering Sunday’, the British version of Mother’s Day. “The best gift you can give your parents now is to stay away from them, so they don’t get infected with this dangerous virus,” said Johnson.

President Emmanuel Macron, it turns out, has put an ultimatum in a telephone interview on Friday with Prime Minister Boris Johnson. If the British Prime Minister did not announce more stringent measures, France risked closing the border with Great Britain. Shortly after the ultimatum, Johnson announced the closure of schools, including pubs and restaurants.

“We had to threaten to send him on the stag,” a source in the Élysée, the presidential palace, told Liberation newspaper. In London, a 10 Downing Street spokesperson said that “Friday’s decisions were motivated by scientific information.” France now has 562 corona deaths and nearly 15,000 infections.

One in four Americans has been told to stay at home. Other states have not yet introduced a lockdown. They call on the population to avoid large gatherings. “We ended up in the wrong movie,” said West Virginia Governor Jim Justice. In the US, the number of infections is rising to 27,000. Nearly 350 people died as a result of Covid-19.

The first infections have also been detected in prisons. According to New York State Governor Andrew Cuomo, “the whole world is being scanned” in search of respirators and mouth masks, among other things. New York City alone is deficient in two million mouth masks and 30,000 devices to support patients’ breathing. In Washington, a $1 trillion deal is now being finalized to boost the collapsed US economy. Parliament is expected to vote on it on Monday.

Prime Minister Guiseppe Conte has tightened the already existing lockdown even further. All companies that do not offer crucial goods and services are closing. “There is no alternative,” said Conte, who again called on the population to abide by all the rules. “The sacrifice you make by staying at home is nothing compared to all those people who now keep society afloat,” said the prime minister.

The Italian population, hardest hit by the outbreak with nearly 5,000 deaths in Europe, is receiving aid from Russia. President Vladimir Putin has ordered this after a telephone interview with Prime Minister Conte. This includes a hundred medical specialists (virologists and epidemiologists) and, for example, mobile equipment for disinfection. They are brought to Italy by transport aircraft of the Russian Air Force.

The Russian government reports that 367 infections have been reported domestically, one person has died. Modest numbers that are also taken by the Russian population with a grain of salt. An emergency hospital is being built near Moscow to accommodate hundreds of patients if the number of infections increases quickly. At the site is a large sign with the text ‘Builders, every minute counts’.

For the fourth consecutive day, China reports that no new infections have been detected in the city of Wuhan, the heart of the coronavirus outbreak. The draconian travel restrictions for Wuhan will only be lifted after two weeks without contamination, the Beijing government said. In anticipation of this, a special train has already arrived in the city with more than 1000 workers who will return to work in the car factories. China reported 46 new infections yesterday, all but one from abroad. The measures at the external borders will be tightened.

Given its population size, the eastern neighbor has so far had a relatively limited number of deaths (93) and contamination cases (23,129) in Europe. However, Germany is preparing for the ‘big bang’ because the number of infections has increased rapidly in recent days. The seriousness of the situation is also beginning to penetrate the population.

In some hospitals, intensive care units are already full. There is a shortage of face masks and equipment for disinfection. Doctors warn that the number of young people is also increasing among patients. The population meanwhile complains about empty shelves in the supermarkets. Distribution centers are committed to supplying the stores.

In the past 24 hours, 355 people have been hospitalized in Belgium because of the virus. There are now almost 300 people in intensive care. The number of deaths has risen to 75. The number of infections is 3401. Belgium receives an additional 5 million additional surgical masks from China. Belgium also received a shipment of 5 million masks last week.

In Hooglede, the police had to intervene in a particular case. She closed a café for the second time in a week. “I once again explained to the manageress (72) that it really should be done now,” said Mayor Rita Demaré.

Several African countries are entering a lockdown now that more than 1000 infections have been detected. Of the 54 countries on the continent, 42 are infected. Nigeria has closed all airports to international flights for a month. Ethiopia quarantines all passengers from abroad. Rwanda bans all ‘unnecessary’ outdoor activities for two weeks. Everyone should work from home as much as possible. Congo, Ghana, and Angola have closed their borders.

South Africa no longer allows foreign passengers at Africa’s busiest airport, near Johannesburg. South African Airways and other African airlines cancel flights. In South Africa, doctors are especially afraid of an outbreak in the slums where millions of people live under appalling conditions, crammed together without much hygiene. 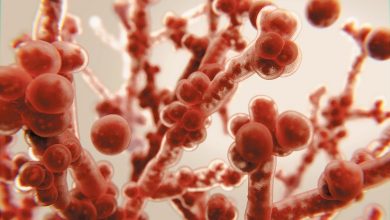