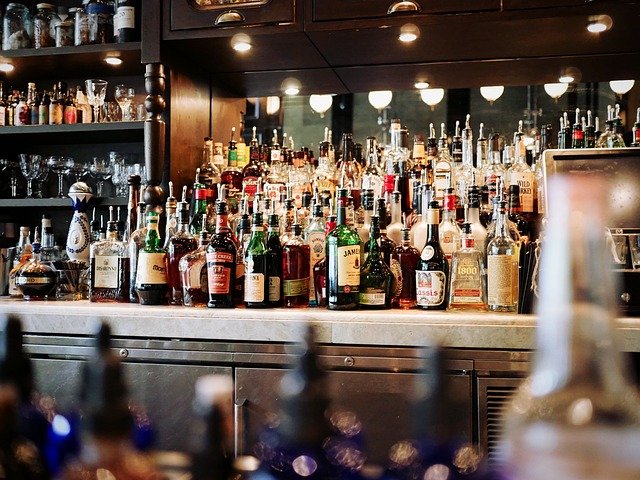 Since ancient times people have presented their rulers to the people, equating them if not to the gods themselves, then at least to their “messengers” on Earth – first of all, all the rulers, pharaohs, kings were just ordinary people. With their weaknesses and sins. They all liked to eat and drink. Some of the “rulers” were not only drinkers but also real “professionals” – drunkards and alcoholics.

Five most famous drunkards who were in power at one time.

Selim II was the eleventh Sultan of the Ottoman Empire. And the first heir to the throne after the death of a parent without fratricidal “showdown”. His father, Ottoman Sultan Suleiman, the Magnificent, identified Selim as his only successor during his lifetime. Who was his son from his beloved wife Roksolana. Thus, after the greatest ruler of the Ottoman Empire died in 1566, Selim II easily and freely took the throne of his father.

All 8 years, during which Selim ruled the state, he wore a very offensive but the most suitable nickname – “The Drunkard”. And it “stuck” to the Sultan is not accidental. Indeed, according to the testimony of contemporaries, Selim II “liked drinking much more than running the state”. This is even though Islam prohibits the use of any alcohol.

One more piece of evidence is found in one of the legends that perfectly characterizes Selim II’s addiction to alcohol. The Sultan allegedly repeatedly asked his grand vizier: “The most important thing is never let me sober up completely.” Selim II had a particular weakness for the sweet Cypriot wine, which was highly prized in those days. Who knows, maybe that is why in 1571, on his order, the island of Cyprus was captured by the Ottoman troops.

By the way, Sultan Selim subsequently favored the Cypriots in every possible way. First, he lowered taxes, and then completely abolished “serfdom” on the island, and even gave Cyprus the possibility of self-government. And Selim II also treated the rest of his subjects very well.

The reign of the “drunken sultan” ended in 1574 in the most absurd way. Having drunk enough, Selim, getting out of the pool in his palace, slipped and fell. At the same time, hitting his head on a marble step. Just a few days later, the Sultan died, presumably from a cerebral hemorrhage.

As early as 14 years old, the future youngest in British history, Prime Minister William Pitt Jr. began to suffer from gout, which he inherited from his father. The family doctor prescribed a very original medicine to the young man – a bottle of port wine every day. The young man listened to the doctor and continued to drink alcohol every day until his death. Naturally, over time, increasing its dose.

For the first time, William Pitt Jr. became British Prime Minister at the age of 24 – in 1783. Since then, he has a reputation for being an arrogant, secretive, but very literate and erudite person. Putting his political career first in his life, William Pitt Jr. never started a family. However, as well as his mistresses – after all, the politician with might and main avoided gossip and scandals that could affect his reputation.

Pitt Jr.’s second prime minister’s term fell on difficult and stressful times. In those years, England was at war with Napoleonic France. The enormous political responsibility and emotional burden were “controlled” by William Pitt with the help of alcohol. Historically, several cases have been confirmed when the prime minister vomited from excess alcohol while speaking on parliament’s rostrum.

Such events could not remain unnoticed in society. British journalists immediately gave the premiere a corrosive nickname – three-bottle-man, and cartoonists everywhere portrayed Pitt with a swollen face and a red nose. With all this, William Pitt Jr. did an excellent job with his job duties. During the era of his premiership, Great Britain successfully passed several economic and political crises.

William Pitt Jr. openly fought corruption, defended the rights of Catholic citizens, and established freedom of the press in Britain. In the memory of the inhabitants of Foggy Albion, he will forever remain one of the most successful prime ministers in the entire history of the state, as well as the main British “prime minister” alcoholic.

The future English monarch George IV became addicted to alcohol as a teenager. It was then that he began visiting London brothels as well as the bedrooms of his mother’s maids of honor. At a time when his father, King George III, was fighting with might and main to expand royal powers. All this became why the heir was exiled from the capital to the prince’s estate for his “inappropriate behavior”.

There, far from politics and society, the future king acquires a secret wife – she becomes Mary-Ann Fitzherbert, who had already twice become a widow before. However, very soon, George has to enter into an official dynastic marriage with the German princess Caroline of Braunschweig. The wife was so ugly that even drunk as a lord George preferred a chair near the fireplace to the family bed on their wedding night.

Due to the severe mental illness of his father, the king, in 1811, George had to become his regent. From that moment on, royal rule in Britain turns into a whole series of incessant banquets. It is known from historical documents that George’s usual breakfast at that time consisted of two pigeons and three steaks, to which a glass of brandy, a glass of dry champagne, a glass of port, and a bottle of Moselle were served without fail.

Before any public appearance or publication, in addition to traditional alcohol, George took 100 drops of opium extract. That makes him a drug addict in a short time. By 1820, when his father dies and George is proclaimed king of Great Britain and Ireland, the newly-made monarch, at 58, was already completely addicted to alcohol and drugs. So he ruled until his death in 1830, absolutely never leaving the drug trance.

The most famous alcoholic of all the United States of America presidents was the 14th head of state, Franklin Pierce. In the elections in 1853, he defeated his Republican opponent by more than an impressive margin – 254 to 42 electoral votes. However, already in the first two years of his term, Pierce completely lost his popularity among Americans. And all because of their political shortsightedness, and at times, and outright stupidity.

Franklin Pierce practically openly sympathized with the slave owners of the South and managed to quarrel with Great Britain and literally thwart the annexation of Cuba from Spain. Modern American historians rightly consider Pierce, the worst president in the United States. After all, it was his policy that later became the reason for the outbreak of the Civil War in the United States in 1861.

It is possible that the main reason for Franklin Pierce’s really stupid presidential policy is his passion for alcohol. According to historians, Pierce began every working day with a glass of strong alcohol. President Franklin’s day ended with him. A year before the end of his presidential term, the Democratic Party, from which Pierce was elected, officially announced that it would not nominate an “alcoholic president” for a second term.

After the elections of 1857 (which was also won by the Democrat James Buchanan), Franklin Pierce left Washington for the province. Where, after 12 years of quiet drunkenness, he died of cirrhosis of the liver in 1869.

One of the most famous alcoholics in the power of the 20th century is undoubtedly the British Prime Minister of the Second World War, Winston Churchill. Moreover, he never denied the fact that he regularly drank alcohol. Among Churchill’s favorite spirits were port, champagne, cognac, and of course, whiskey.

In his memoirs, Sir Winston Leonard Spencer Churchill writes that he got into the habit of drinking alcohol while serving in the Indian and African colonies of Great Britain. Churchill recalls that soldiers quite often faced an acute shortage of clean drinking water, which they had to replace with nothing more than alcohol.

So, for the Anglo-Boer War, where Churchill went as a war correspondent, he “took” 6 bottles of brandy, 18 bottles of whiskey, and almost 40 bottles of wine. After being captured by the Boers in Africa and miraculously escaping from it, the future prime minister returned to Britain. And he began to drink even more. For example, Churchill drank 2 bottles of champagne a day. By the way, he preferred to drink it not from wine glasses but from a silver mug.

Every day after dinner, Winston Churchill drank a glass of Prunier cognac, dipping the tip of his cigar into it. As for whiskey, then Churchill, like a real British, preferred, as he himself said, “the national drink” – the Scottish Johnny Walker Red Label. Already at the end of the 1950s, the consequences of the daily use of alcohol by the British Prime Minister began to manifest themselves especially clearly: his speech became incoherent, and his gait became very swaying.

However, this did not prevent Winston Churchill from going down in history as one of the brightest politicians of all times and peoples. And this once again proves that a talented politician can be talented in many other ways, even in the use of the same strong alcohol.